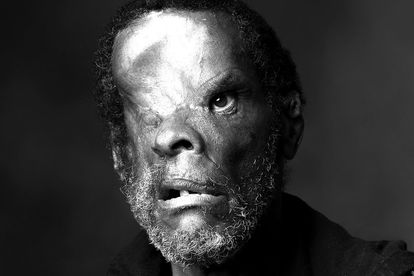 Videos of Los Angeles-based photographer Mark Laita, 60, have caused quite a stir online.

Most of his videos are jaw-dropping, interesting, and fascinating. Three or four really stand out, which explains why these videos have gone viral in the last year.

Laita said he had been a photographer since he was 14-year-old.

“I realised as I got older that that was my legacy, and I didn’t feel comfortable with that. I wanted to do something that mattered more in the world.”

ALSO READ: Nightbirde leaves America’s Got Talent as health takes ‘a turn for the worse’

Part one of a Soft White Underbelly includes an interview with Jerry Nave, a victim of a random shooting at a bus stop on his way home from work in 2006.

Nave survived a shotgun blast to the face while waiting at a bus stop on his way home from work.

Jerry Nave passed away in November of 2020 from complications from his COPD.

Another video portraits the lives of The Whitakers, an inbred family from Odd, West Virginia.

The individuals in this video are brothers and sisters, except for Timmy, who is a nephew.

“The two portraits are from my book, Created Equal, which was published by Steidl in 2010, which is out of print now and difficult to find,” Laita said.

The first portrait in this video is of Ray, Timmy, and Freddie, who passed away in 2016.

The second portrait is of sisters Lorraine (holding a small child a relative) and Betty.

Other videos made by Laita are portraits of addicts who recount childhood sexual abuse with detachment, sex workers who shed tears while telling of betrayal that led them to be trafficked as children, and gang members who talk about missing out on having their parents’ affection.

“Churchill said advised the United States on how to best attack Germany amid World War Two. He called Italy the soft white underbelly of Europe, meaning that Germany had the most vulnerable spot.”

He furthermore said these videos are meant to create awareness of things that are broken in the country.

“If we don’t look at some of these things, they are just going to continue to grow and get worse and worse.

“I believe that listening, understanding and accepting, and maybe deciding to do something different might make a difference eventually. And help the next generation or two of parents raise kids that have more hope, have better role models, have both parents in their lives. That is my hope. That is my aim with this work.”

Laita said this channel is purely to help the society and help the government figure out what is wrong with the country and hopefully build a better system looking at issues such as the wealth inequality that goes on here, the education and opportunity inequalities – “things that create this stuff.”

“I talked to some of the kids and people, and they said when they were kids, they had no hope of a bright future. There was no chance of that. So that is what I think should change.

“This is like a crash course in empathy. I used to look at homeless people and think, get a job, quit the drug, and just get a job.. problem solved…Now, after all these stories, I realise what these people have gone through during their childhoods, how they are broken, how they never had a chance, never had hope, and that has really changed and built my compassion and empathy for these people, like nothing else.

“And then other times, I can’t handle the above, and I just watch these videos as interesting character studies.

“I get to listen to people I never ever meet in my life, and they are interesting and fascinating, and I leave it at that.

“If we want to change our country, we have to understand why and how it is broken. And here is a really good window into it.”