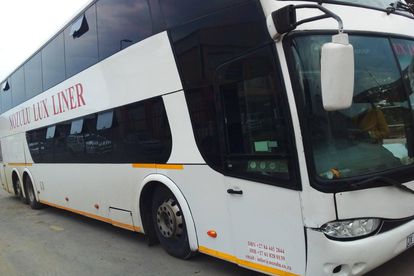 A white double-decker with the company’s name on the side was captured on camera ablaze from the rear end of the bus.

According to circulating reports, the coach caught fire on Cato Street, causing traffic to be diverted as eThekwini Fire Department tried to extinguish the flames.

From the video, the bus seemed empty.

The cause of the fire is unknown at this stage but it appears as if it started from the engine.

This local long-distance bus company has been around for about five years and is popular along the Johannesburg and Durban routes.

This incident follows a worse accident involving long-distance luxury bus, Greyhound. On Tuesday, 28 June, Greyhound was involved in a head-on collision with a bakkie 5 km outside Richmond in the Northern Cape.

The collision resulted in six people losing their lives.

The company has since appealed for patience as authorities are currently conducting an investigation while they are managing the incident.

“Please bear with us as authorities are currently conducting an investigation and we are managing the incident,” the Facebook report read.