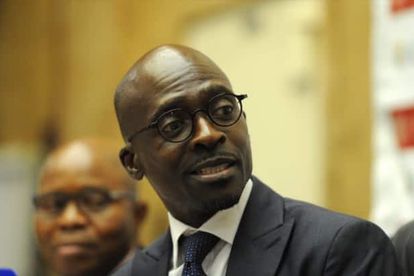 Finance Minister Malusi Gigaba is set to deliver his first mid-term budget speech in parliament on Wednesday. Gigaba is under huge pressure to fill a number of gaps and challenges to appease investors, stimulate growth and to keep ratings agencies at bay.

“We need to take urgent steps and what we are trying to demonstrate here is precisely that sense of urgency with clear timelines that will stave off any further downgrades, understanding the further impact it will have on the economy,” Gigaba said.

One of the biggest challenges is raising enough revenue for the 2018 budget, something economists have all pointed out.

“The revenue that is coming from personal income tax, VAT and corporate tax will be weak, and … so there will be a shortfall of close to R40-million, which means he will raise taxes,” said Lesiba Mothata, executive investment economist at Alexander Forbes Investments.

And then there is the challenge of student fees. Tensions have been simmering across South African campuses over the last few weeks. And with the government’s report on student fees still apparently locked in the President’s drawer, the budget has to shed some light on what will happen with higher education funding in the next year.

Students at UCT held a peaceful protest on Tuesday, with a list of demands, and announced on Wednesday morning that there will be a march to parliament to deliver a memorandum.

And then, of course, there are the Economic Freedom Fighters, who will no doubt be asking a question or two before Gigaba delivers his speech.

When and what time is Gigaba’s mid-term speech?