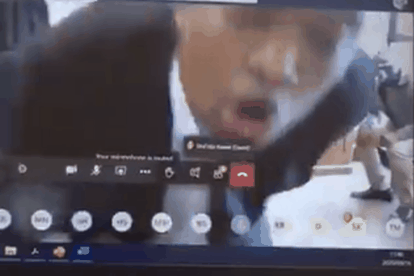 Make sure you’ve got the headphones plugged in, because it doesn’t get much swearier than this. A lawyer arguing his case via a digital sitting of the Johannesburg High Court has gone viral for all the wrong reasons, after he reacted furiously to a judge’s verdict. By our count, he responded with at least 16 ‘F-bombs’.

Darren Sampson, who was fighting a judicial battle against his former employer while working as a Legal Aid lawyer, claims that he’d grown frustrated with the judge’s handling of his case. Sampson suggests that he was only given ‘about 20% of the judge’s time’, claiming that the opposition were allowed to talk for 80% of the case’s duration.

The lawyer has conceded that his emotions got the better of him, revealing that an unspecified medical condition also exacerbated the situation. However, regardless of his reasons, this conduct has shocked viewers across South Africa.

Longer Video …
So much anger ? pic.twitter.com/SQyDkJHCKO

It’s arguable that no-one is more stunned by this outburst than the Legal Practice Council, who have moved to condemn the foul-mouthed rant. They will now pursue disciplinary proceedings against Sampson:

“The Legal Practice Council condemns in the strongest terms this behaviour. As the regulator of the legal profession, we believe that our judicial system is one of the most robust in the world. The behaviour in Johannesburg shows a total disregard of our judicial system, and a complete lack of respect for the presiding officer and the Judiciary.”

“It is unfortunate and concerning, as it seems that such conduct is becoming endemic and we will be taking steps against the legal practitioner in line with the Council’s disciplinary processes. The LPC believes in the right to freedom of expression, however, it is alarmed by the lack of decorum and professionalism demonstrated here.”

5/5 The LPC urges the legal profession to play a central role in respecting the judiciary and to espouse the highest degree of professionalism and integrity when engaging with judges and magistrates.