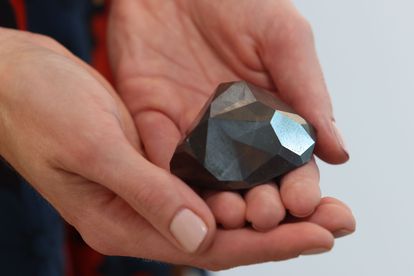 The world’s largest known cut diamond went on public display for the first time Monday ahead of its sale, when it is expected to reach five million dollars.

The Enigma, the name of the rare black carbanado diamond, was put on display in Dubai, in the United Arab Emirates.

BLACK DIAMOND WAS CREATED WHEN A METEORITE HIT EARTH

The diamond is believed to have been created when a meteorite or an asteroid hit the Earth more than 2.6 billion years ago, according to Sotheby’s auction house jewellery specialist Sophie Stevens.

One of the most difficult substances to cut, the 555.55-carat diamond has never been shown by its unnamed owner of the past 20 years, but experts turned it into a 55-face jewel.