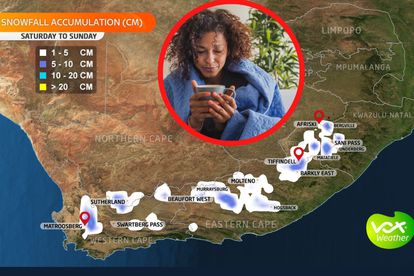 Grab those blankets and get cozy as very COLD weather is expected on Sunday. The South African Weather Service (SAWS) warned of a significant drop in temperatures as well as snow in several parts of the country.

Snowfall was confirmed in the Matroos mountain range in the early hours of Sunday morning.

According to VoxWeather, this is the third cold front of the weekend. The second cold front made landfall on Friday morning and brought scattered showers and COLD conditions to the Western and Southern Cape.

Meanwhile, the South African Weather Service (SAWS) warned that snowfall is also possible over the high-lying areas of the Cape Provinces.