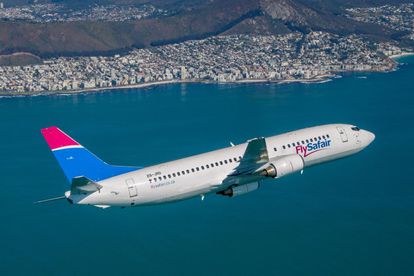 Speaking to eNCA on the sidelines of the SA Tourism Business Council conference at Sun City on Thursday, Conradie said that South African airlines are currently under pressure following the closure of half the businesses operating in the space over the last year.

Of South Africa’s eight domestic airlines that were in operation pre-Covid-19, only four remain: FlySafair, Lift, CemAir and Airlink.

The four other airlines – SA Express, Kulula, British Airways and Mango – have all been grounded or liquidated.

In the recent post-Covid months, Conradie said that there has been a lag between supply and demand for air travel in the country, with demand bouncing back almost immediately, but airlines struggling to restore capacity.

“Domestically, demand bounced back very quickly, and there isn’t enough capacity to meet it. There are not enough flights. Regionally, there are administration issues, especially around licences,” Conradie said.

He added that there are a lot of routes that are currently unserviced and while things may be improving, it’s a slow process.

Conradie added that ticket prices remain high, due in part to a supply and demand issue, but more with a lack of supply rather than a remaining few airlines trying to corner and exploit the market.

He said that this demand – or rather, lack of supply – is driving prices and that the problem will likely remain for the next four to five months as airlines move to boost capacity.

ALSO READ | PETROL PRICE: HOW MUCH IT CURRENTLY COSTS TO FILL UP THESE 3 POPULAR SA CARS