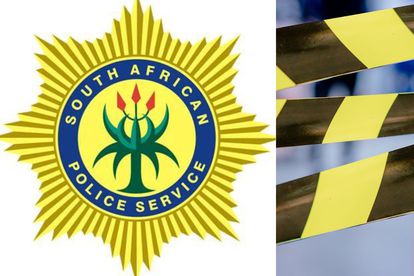 A 28-year-old suspect was killed by SAPS during a shootout on Sunday, 7 August. Photo: South African Police Service / Facebook and Stock Image / Pixabay

A 28-year-old suspect was killed by SAPS during a shootout on Sunday, 7 August. Photo: South African Police Service / Facebook and Stock Image / Pixabay

SAPS shot a 28-year-old suspect dead during a shootout on Sunday, 7 August.

The suspect has been on the run since early July

The suspect was reportedly wanted for business robbery, carrying an unlicensed firearm and attempted murder. He has been on the run since 9 July when he and four others allegedly robbed a business.

KwaZulu-Natal (KZN) SAPS spokesperson Thenjiswa Ngcobo said the business was based at the Kwanyanda Reserve. According to Ngobo, the suspects demanded cash and airtime vouchers.

They stabbed someone at the business before fleeing the scene. Shortly after, a case of attempted murder and robbery were opened.

Police received information regarding the individual

“On 7 August 2022 at 18.30, Esikhaleni police received intelligence regarding a suspect that was wanted for business robbery, unlawful possession of firearms and ammunition, as well as attempted murder,”

Ngcobo explained that two officers initially attended the scene but quickly called for backup after the suspect opened fire. Two cartridges of 9mm rounds were emptied by the suspect during the shootout with SAPS.

He was confirmed dead after the shootout

Back up arrived after the call and the 28-year-old suspect was subsequently killed during the shootout. The suspect was declared dead at the scene after authorities entered the premises, reports IOL.

“A preliminary investigation revealed that the deceased was working with a group of wanted suspects who are terrorising the community,”

SHOOTOUT between police and courier van hijackers and kidnappers

Meanwhile, it was previously reported that police arrested suspects for hijacking a courier vehicle and kidnapping the crew following a shootout. The incident happened in Orlando, Soweto.

According to preliminary reports, a courier van which was transporting goods was hijacked in Orlando. The suspects drove off with the driver of the van along with his crew member. The goods were then offloaded in Mofolo, Soweto, said police spokesperson Captain Amanda van Wyk.

But the driver and his crew member managed to escape the hijacked van and contacted police. The police in Soweto together with the Johannesburg metro police department followed up on the tip-off. Read the full story here.