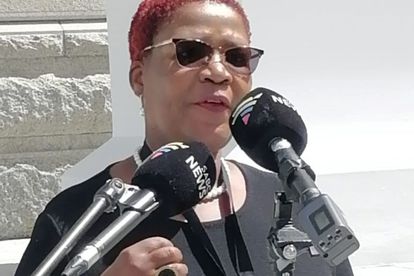 ActionSA has announced that its Western Cape Provincial Chairperson Vytjie Mentor has stepped down from her post, but will take on another role in the political party.

According to the organisation, Mentor had experienced ill-health but is now recovering.

“Following engagements between ActionSA’s leadership and Vytjie Mentor, ActionSA can confirm that Vytjie has stepped down as the Western Cape Provincial Chairperson to assume a new role within the organisation. This was confirmed at a Senate Meeting yesterday evening. This announcement follows a period of time in which Vytjie has experienced poor health. We are delighted that Vytjie appears to be on the road to recovery, but both Vytjie and the Party Leadership felt that a change was necessary to ensure her recovery continues,” ActionSA said in a statement.

ActionSA has reiterated that Vytjie Mentor will remain an active member of the party, despite her recent resignation.

“ActionSA’s Senate was pleased to learn that Vytjie remains both available and keen to contribute in other areas of the organisation that are less taxing on one’s health. There are many key projects in the party that, by virtue of our stage of expansion to a party with a national footprint, would benefit greatly from someone’s of Vytjie’s considerable experience. The Senate will deliberate on these areas of involvement at the end of June”

The party’s Senate has expressed its admiration for what Mentor has done to get its structures growing in the Western Cape, as well as her willingness to see the importance of this change.

“It is a testament to her qualities as a leader, her commitment to ActionSA and her dedication to the project of removing the ANC. We celebrate such leadership in ActionSA. While work begins to identify a suitable candidate to assume the role as Western Cape Provincial Chairperson, our National Director of Operations, John Moodey, will oversee the internal running of the province,” the party said.