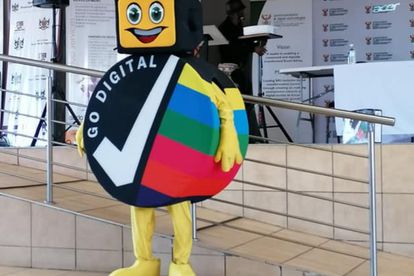 By 30 September the Communications Department plans to make the switch to Digital Terrestrial Television (DTT). SA television is currently broadcast in an analogue format while DTT refers to terrestrial, land-based, broadcasting of digital TV.

Although his moves seem to be in the right direction, there are a number of communities in the country that are unsure about the digital television migration process. There are thousands of SA households that still depend on analogue.

Rural homes don’t have information about accessing the set-top boxes. SABC News reports that if the 30 September deadline is met, countless households will no longer have access to information. The publication explained that most of these people rely on SABC 1 for indigenous language news on their televisions.

While a number of households have been fitted with DTT decoders, some households were handed the set-top boxes without installation. Network connectivity is also a major challenge for impoverished communities.

Villagers speak out about their decoders

A villager told SABC News that their decoder was not working and they are waiting for the installers to arrive for assistance.

“This decoder is not working. It is not scanning, so we have decided to only use the ariel so that we can have the channels on analogue. So we are still waiting for the installers to come and sort out the set top box,”

Another villager, Mamthimkhulu Nyikinya, said they were happy and felt blessed at being able to be one of the first few to benefit from the set-top box.

Earlier this year, Minister of Communications and Digital Technologies Khumbudzo Ntshavheni launched the installation of the set-top boxes for a few homes in Ntabankulu. An issue arose when many households faced internet connectivity issues.

ANC pushing for the scrapping of television licences – here’s why…

Meanwhile, it was previously reported that Minister of Communications and Digital Technologies Khumbudzo Ntshavheni revealed that the African National Congress (ANC) has proposed scrapping TV licences.

Minister Ntshavheni stated that the party is in favour of a broadcasting household levy. She was speaking at a post-ANC policy conference. The Minister stated that the ruling party believes the TV licence scheme was not working adding that the broadcasting secret needs to be strengthened.

In March, the board chairperson at the SABC Bongumusa Makhathini stated that TV licences needed to be replaced. It seems the ANC and SABC are working with the same mindset. Speaking more about the SABC, Ntshavheni noted that the broadcaster needs to fulfil a developmental role. Read the full story here.