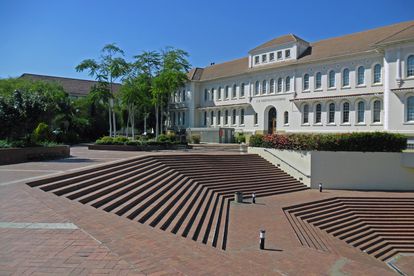 A Stellenbosch student was arrested in connection with an alleged rape that took place on campus on Tuesday night, 17 May, at a residence in Victoria Street.

The suspect was arrested on the same day and he is expected to appear before the Stellenbosch Magistrate’s Court on Thursday.

“It is alleged that the incident occurred at around 22:30,” said van Wyk. The Stellenbosch FCS Unit is investigating the matter.

Stellenbosch University acknowledged the incident and confirmed that the alleged rapist is a student at the institution.

The university said the suspect would be suspended from his residence while the internal and criminal investigations into the matter continue.

“The victim is currently cared for and safe. She yesterday opened a case of rape against the perpetrator with SAPS, who accompanied her to the Stellenbosch Provincial Hospital, where she was examined and also received the necessary medication, care and primary counselling,” said university spokesperson Martin Viljoen.

The victim has not yet reported the alleged rape to the SU Equality Unit yet, said Viljoen.

“Like my Rectorate colleagues, I too am personally deeply committed to this cause and in line with our Unfair Discrimination and Harassment policy, we will continue to work harder towards creating an environment free of gender-based violence and that advances equal rights for all,” said Professor Hester Klopper, the Deputy Vice-Chancellor: Strategy, Global and Corporate Affairs.