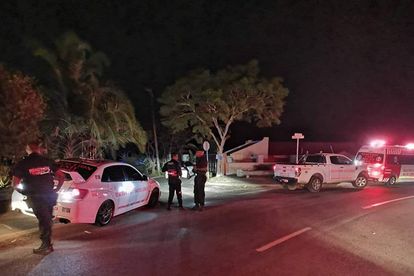 A group of four armed robbers were thwarted during a home invasion in Verulam, Durban on Wednesday night. A dramatic turn of events saw the burglars make a run for it, after the owner of the targeted property fought back using his own firepower and put one of the perpetrators in hospital.

The stricken thief was taken to Addington Hospital by his other gang members, and he was treated for “multiple gunshot wounds”. Security group Reaction Unit South Africa (Rusa) were quick to locate the criminal, tracing him the facility’s trauma unit after making a few phone calls.

The Verulam SAPS immediately mobilised and proceeded to the hospital, where they placed the suspect under arrest at his bedside – not ideal when you’ve got five separate bullet wounds, but you know the old saying: If you play stupid games, you win stupid prizes. It’s understood that the three other accomplices escaped unscathed, and there is a police operation underway to locate them.

The suspect will be under police guard until he is discharged from hospital. A teenage girl and her mother were attacked during the terrifying ordeal. Rusa shed more light on the incident via their Facebook page:

“At approximately 20:28, our officers responded to several shots being fired at a residence. Upon arrival it was established that four gunmen had forced their way into a home and robbed a family. The suspects then proceeded to an outbuilding on a neighbouring property and attacked the family including a 15-year-old-girl.”

“The owner of the property was in the main building when he noticed the robbery in progress. He drew his firearm and fired a volley of shots at the suspects. One suspect was confirmed to be shot but escaped with his accomplices in a white Toyota Corolla Professional.”

As far as we understand, no charges will be brought against the Verulam homeowner who defended his property. There are echoes of a case we reported on earlier this week, where another family man brought down a home invader. A 55-year-old from the Eastern Cape is currently being investigated for murder, after stabbing his robber to death.

The man has not been arrested for his reaction, but he is subject to a review by the Directorate for Public Prosecutions. According to SAPS, the home occupants were subjected to a “campaign of terror” before their altercation turned physical. It’s also reported that the boys were armed with knives and pangas as they attempted to rob the middle-aged couple.