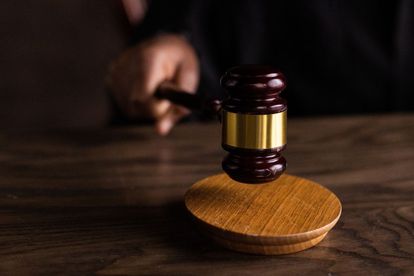 A serial rapist linked to a series of offences he committed between November 2014 and July 2018 at Tshing in Ventersdorp, was sentenced on Thursday.

Lucky Lehloo was sentenced to two life terms for rape and a cumulative 293 years for other serious offences that include other rape charges.

ACCUSED LINKED TO SERIES OF OFFENSES

Lehloo was sentenced by the High Court of South Africa; North West Division sitting at the Klerksdorp Regional Court.

He was charged with 13 counts of rape, 8 of robbery with aggravating circumstances, 1 of assault to commit grievous bodily harm and 1 of assault, for which he pleaded guilty.

“Evidence presented in court revealed that seven of the victims were accosted at their homes. Lehloo broke into their homes, robbed them of their cellphones and money and raped them before fleeing the scene,”

In one house that Lehloo broke into, he found three women, robbed them of their cellphones, and then proceeded to rape them.

Mamothame said one of the serial rapist’s victims was a 73-year-old elderly woman who passed on in January 2020.

“He attacked five of the victims on the street, threatened them with a knife and dragged them to the bushes, where he raped them and robbed them of their belongings,”

Furthermore, on one occasion he went to a home where he found a 15-year-old girl and deceived her into believing that her grandmother sent him to do the garden. The girl then provided him with the garden tools but he later walked into the house and raped her.

Mamothame added that in two of the incidents he severely assaulted and stabbed the victims with a knife and raped them before fleeing the scene.

Based on DNA samples, he was linked to these crimes.

JUDGE HIGHLIGHTS THE PLIGHT OF GBV AND FEMICIDE

In aggravation of the sentence, Advocate Riekie Krause urged the court to consider the interests of society as it has the responsibility to impose sentences that would restore the public’s faith in the criminal justice system.

Judge Andre Petersen agreed with the state and highlighted the plight of gender-based violence and femicide in the country. He said the courts have a responsibility to advocate against such serious offences.

The Director of Public Prosecutions in the North West, Dr Rachel Makhari-Sekhaolelo lauded Krause and Sergeant Ntombizodwa Bovula for their collaboration towards achieving a successful conviction.

“The advocacy by the criminal justice system on such serious offences is strengthened by such convictions”,