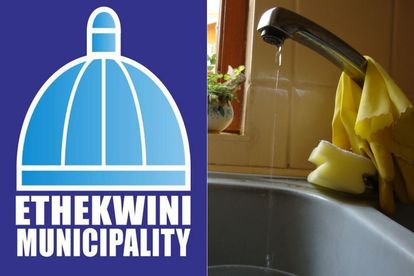 The eThekwini Municipality informed residents of water supply interruptions. The areas impacted are the Central, South, North and Inner West regions of the municipality. According to a statement, the water interruptions are mainly due to the production interruption at Durban Heights Water Treatment Works.

eThekwini says teams have been working to repair pumps. This follows damage that was caused by floods at the treatment works. Due to the damage, the distribution network has been disturbed – inevitably causing some reservoirs to run low.

The impact on the reservoirs has affected the water supply to consumers. The Municipality says the repairs at Durban Heights Water Treatment Works are currently at an advanced stage.

It reassured residents who are supplied by the aforementioned plant that their water will be restored in the next few days.

Central region in eThekwini was impacted by a different issue

In the Central Region, the supply interruption was caused by reduced treatment production output at the Wiggins Water Treatment Works. This was caused by high murky, raw water.

Umgeni and the Municipality are monitoring the situation in the system. Residents who are supplied by this plant will receive a full water supply by the end of next week, the Municipality said.

In the interim, tankers have been made available to respond to the areas impacted by the supply interruptions. Residents who are receiving water, have been requested to use it sparingly as Umgeni and the Municipality are trying to build up the system.

“The Municipality apologises for the inconvenience caused and appeals to residents to be patient whilst Umgeni and the Municipality are working to restore water supply in the affected areas,”

KZN dam levels are on the rise following heavy rains

In related news, it was previously reported that KwaZulu-Natal dam levels have received a boost following the heavy rains last weekend, says the Department of Water and Sanitation. The Department says the main supply in the Umgeni catchment area is above average.

The Umgeni catchment area is sitting at 103% this week. Last week it was also at a comfortable 100.9%. The Department’s weekly report revealed that KZN’s overall storage capacity has risen by 0.8%. It moved from 92.1% to 92.9% last week.

Last year this time, dam levels were at 73.3%. Sputnik Ratau, Department of Water and Sanitation spokesperson, says the Hazelmere Dam has gone up from 53.1% last week to 73.9% this week. Hazelmere is on the uMdloti River. Read the full story here.