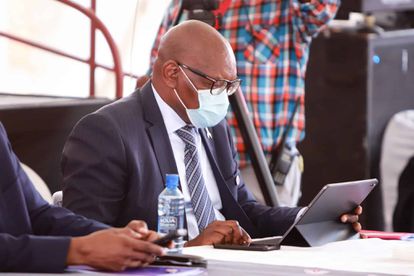 Gauteng is not vaccinating enough people, something which Premier David Makhura has acknowledged doesn’t exactly spell good news for the province’s ambitious plans of getting 70% of the population jabbed by the end of the year.

Makhura briefed the media on Monday, 18 October 2021, on the province’s vaccination rollout. As of Sunday, 5.3 vaccines have been administered. More than 2.6 million people in Gauteng have been fully vaccinated.

David Makhura: Over 4 million people yet to be vaccinated

Premier David Makhura says as things stand, about 4.4 million people in Gauteng still need to be vaccinated by the end of December. Makhura says while they are still focused on the target, it is becoming difficult to achieve, given the number of people queueing up for jabs.

“We are not retreating on our target of 70%, but the idea that we will meet 70% by mid-December is becoming a target that is elusive. The vaccination rate per day in Gauteng, on average during the week we are just between 52 and 58 000. We have fallen below the mid 60 000 daily vaccination rate. In September, we were doing extremely well. We were getting around 65-75 000,”

Makhura has also voiced his concern over the low number of people in the province’s townships who are simply not lining up for the vaccine.