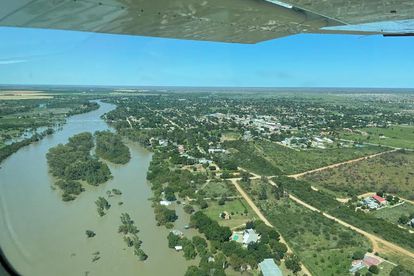 Central South Africa has a network of water systems, including the Vaal River, that have been designed to promote water security in the area, and in times of excessive rainfall, to minimise damage from floods.

This is the view of Roelie van Reenen, supply chain executive at Beefmaster Group, a leading specialist supplier of beef products, based in Christiana and Kimberley, who said that, due to Central South Africa’s semi-arid climate, there will be periods during high rainfall seasons that managed and controlled water release needs to occur.

“While these are uncomfortable periods for agricultural players in the area, the reality is that without this, we would have more extreme and severe circumstances of both droughts and floods. Our water storage infrastructure – or dams – allow extreme water fluctuations to be managed, which ultimately assists with both water security and controlling of flood damage as far as possible.”

High rainfall over the last week has seen areas along the Vaal River flood, with people evacuating their homes. Water discharge from the Vaal and Bloemhof dams contributed to the increased risk of flooding along the area. Farmers have also been impacted.

“Agricultural players who utilise the river for watering of crops have managed limited irrigation. There have been losses and some crops are withering,” said van Reenen.

“However, reduced rainfall over the last few days has allowed dam levels to stabilise, so we expect the situation to return to normality soon,” he shared some good news.

“However it is manageable as the authorities are handling the outflow from the dam effectively, as best as they can, especially since there are many people downstream who may be impacted,” he added.

The Department of Water and Sanitation has released water from the dams in the area to reduce the water levels following heavy rainfall in the dams’ catchment areas.

Van Reenen said that the authorities consider many moving parts before making decisions to release water, including how it may impact communities along the areas where the Vaal and Orange rivers meet, as well as further down the Orange River.
He further said that it is important for agricultural role-players to go beyond the negative headlines and keep a sense of perspective. “There is a lot of misinformation out there, so it is important to look at the facts,” he said.

“The current rain and dam levels have been at these levels many times before. The Bloemhof Dam was released at 2600m3/s as of 17 November, while in previous flood situations this has been much more. To put that into perspective, according to data from the Department of Water and Sanitation, in the Great Flood of 1988, this figure was 4462 m3/s and 3634 m3/s, while in the last 25 years the highest release was 3492 m3/s in 2010.”

SOUTH AFRICA NO STRANGER TO THESE CIRCUMSTANCES

He also added that when the sluice gates for the dams are opened, notifications are posted in advance by the authorities, giving communities long enough lead times to get prepared or to evacuate catchment areas.

“We have been here before and South African farmers are no strangers to such circumstances: From dealing with pressures such as outbreaks of disease, drought, floods, and swings in the price and demand of maize, beef and other produce. These struggles are a testament to the resilience of farmers,” van Reenen concluded.