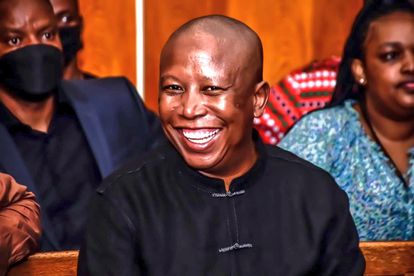 The Economic Freedom Fighters (EFF) says the Department of Sport, Arts and Culture’s R22 million Monument Flag Project is a useless, fruitless and misguided use of taxpayers money.

This week, the Department of Sport, Arts and Culture revealed it will spend R22 million on its National Monumental Flag Project. The feasibility study on the project was launched on 27 April 2021 and approved by President Cyril Ramaphosa in February 2022

The Department of Sport, Arts and Culture said the flag, as the brand image of the country, needs to be highly recognised by the citizens.

“Rendering a national flag as a monument of democracy goes a long way in making it highly recognised by the citizens. This has the potential to unite people as it becomes a symbol of unity and common identity,” it said.

“R5 million is budgeted in 2022/23 for the site-specific geotechnical studies, including the environmental impact assessment and other tests and applications that will be required prior to construction. In 2023/24 R17 million is allocated for the installation of the monumental flag,” the department said.

The EFF says it is clear that the Department of Sport, Arts and Culture does not know what to do with its budget and the project must be rejected by all logical and rational people.

“Once again the ruling party has a misguided understanding of what is necessary in South Africa to build social cohesion and inspire pride in the people of this country. A flag will not resolve the deep-seated fractures in our society.

“Nathi Mthethwa has no appreciation of the role he is supposed to play in alleviating the plight of sportsmen and women, creatives, singers and actors who have their properties repossessed frequently and die as paupers.”

The party further called on Mthethwa to put the money to good use by developing local sports, invest in women’s football or create long-lasting infrastructure for the creative industry.