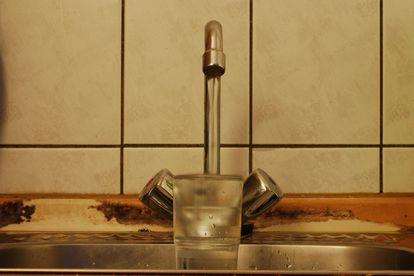 Water levels are on a continuous decline this week. PHOTO: Flickr

Water levels are on a continuous decline this week. PHOTO: Flickr

As we face an energy crisis and high interest rates, the country’s water levels are on a continual decline.

The decline is moderate, as compared to the same period last week. According to the Department of Water and Sanitation, the overall storage capacity of the country’s reservoirs is at 92.9%.

“This is a small margin reduction from last week’s 93.1%, and a significant improvement from last year’s 82.7%,” said spokesperson Sputnik Ratau.

Nelson Mandela Bay metropolitan municipality is among the lowest and worst levels of water. The metro recorded a slight increase this week at 14.9% as compared to 14.8% last week. The metro is supplied by the Algoa Water Supply System.

Groendal Dam on the Zwartkops River near Uitenhage, recorded a lower 20.9% from last week’s 21%.

The Amathole water supply system, also in the Eastern Cape, declined from 76.2% to 74.7%, said Ratau.

Other water systems which are declining this week include Bloemfontein, from 99.1% to 98%. This is followed by Orange water system in the Northern Cape, which dropped from 99.2% to 99%.

Residents living in the affected areas are urged to use water sparingly, at least until October.

“The Department of Water and Sanitation continues to urge the public to save and use water sparingly to ensure that the available water doesn’t run out before another rainy season kicks in, which is anticipated to be in October,” said Ratau.