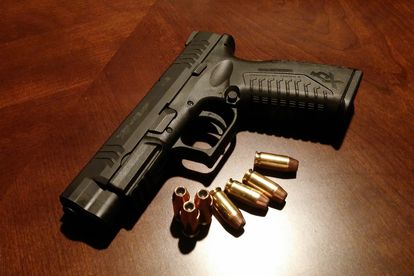 A young father in the United States (US) whose two-year-old child fatally shot his mother while she was on a work-related Zoom call, has been arrested for not keeping the gun out of his reach.

Veondre Avery was arrested on Tuesday and appeared before a Florida court the next day where he was charged with manslaughter and failure to secure a weapon. The gun had been stored was stored by Avery inside a Paw Patrol ( a children’s TV series) backpack — where it was kept loaded with a bullet in the chamber, with no safety or lock, Orlando Sentinel reports.

According to Florida police, 21-year-old Shamaya Lynn was on a Zoom video call when her toddler son shot her. This prompted one of Lynn’s colleagues, who was on the call with her, to call 911 after she heard a loud bang and saw blood.

“I don’t know where to begin, but I’m on a live with a company, we just got hired. And one of the girls just passed out. She’s bleeding,” the coworker said in a 911 call released by police.

The colleague told the 911 dispatcher she could hear a baby crying, but couldn’t see anything else.

“We heard a loud ‘kaboom’ and then she leaned back, and then we just got blood from her face,” the woman said.

Avery also placed a call to 911 after he found Lynn unconscious and bleeding and performed CPR until help arrived. He told police that he owned four firearms and that the couple had two children, their two-year-old as well as an 11-month old.

“This young mother lost her life after one of her toddlers found an unsecured handgun in the apartment. We do have a responsibility as adults to keep people safe, especially when you own a firearm,” Sgt. Rob Ruiz of the Altamonte Springs Police Department told reporters.