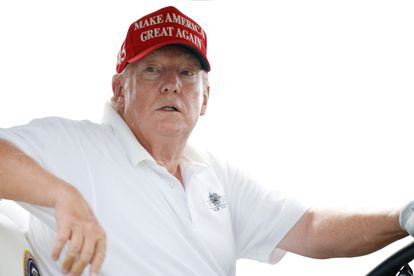 Prosecutors and lawmakers are looking into questions from his potential role in the US Capitol attack to his family firm’s business practices.

Here are some of the key probes:

A series of explosive hearings by the House of Representatives panel probing the attack on the US Capitol by Trump supporters on 6 January, 2021, offered a roadmap for potentially charging the ex-president with a crime.

The lawmakers leading the hearings presented their case that Trump knew he lost the 2020 election to Joe Biden, yet pressed his claims of fraud and ultimately brought his supporters to Washington for a rally that ended with a violent assault on Congress.

The House committee’s work is separate from the criminal probe that the Justice Department has launched into hundreds of people involved in the attack and US Attorney Merrick Garland has not said if his prosecutors are investigating Trump.

Besides the legal ramifications, an unprecedented prosecution of a former chief executive would likely cause a political earthquake in a country already starkly divided along partisan Democratic and Republican lines.

Trump pressured election officials in Georgia to “find” the votes he needed to win in 2020, prompting a prosecutor in the southern state to investigate.

The probe is taking in the now infamous phone call with election officials and Trump’s alleged public and private pressure on authorities, including the governor, attorney general and the secretary of state’s chief investigator.

Trump has defended himself, alleging “prosecutorial misconduct” at a rally in Texas in January, in which he called for protests against “radical, vicious, racist prosecutors,” prompting Willis to request beefed-up FBI security.

INVESTIGATIONS ABOUT The Trump Organization

Authorities in New York state have been looking into the business practices of the Trump Organization, including whether the firm misled lenders and tax authorities on the value of the firm’s real estate holdings.

However, in March the prosecutor leading a probe into the former president’s finances quit over the decision by new Manhattan district attorney Alvin Bragg not to move ahead with prosecution of the Republican billionaire.

The investigation had probed whether Trump fraudulently overvalued multiple assets to secure loans and then undervalued them to minimize taxes.

It was launched by Bragg’s predecessor Cyrus Vance, with Bragg taking over the case when he took office in January.

The prosecutor Mark Pomerantz alleged Trump is “guilty of numerous felony violations,” according to his resignation letter published by the New York Times.

The FBI search on Monday of Trump’s Florida residence was reportedly related to the potential mishandling of classified documents that had been sent to Mar-a-Lago after he left the White House in January 2021.

Justice Department authorities declined to provide a reason for the unprecedented move against a former chief executive.

The National Archives said in February that it had recovered 15 boxes of documents from Mar-a-Lago and asked the Justice Department to look into Trump’s handling of classified information.

The recovery of the boxes raised questions about Trump’s adherence to presidential records laws enacted after the 1970s Watergate scandal that require Oval Office occupants to preserve records.

Trump called the search “prosecutorial misconduct” and “weaponization of the Justice System” by “Radical Left Democrats who desperately don’t want me to run for President in 2024.”