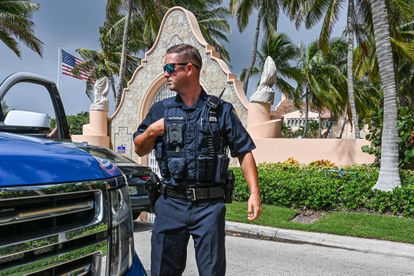 Former US president Donald Trump said Monday that his Mar-A-Lago residence in Florida was being “raided” by FBI agents in what he called an act of “prosecutorial misconduct.”

“These are dark times for our Nation, as my beautiful home, Mar-A-Lago in Palm Beach, Florida, is currently under siege, raided, and occupied by a large group of FBI agents,”

he said in a statement posted on his Truth Social network.

“It is prosecutorial misconduct, the weaponization of the Justice System, and an attack by Radical Left Democrats who desperately don’t want me to run for President in 2024,”

The FBI had not yet confirmed the search or said what it might be for, and Trump is at the center of a slew of legal investigations.

The US Department of Justice is investigating the 6 January attack on the US Capitol by a mob of Trump’s supporters — an incident that is also the subject of a House of Representatives committee probe.

But Attorney General Merrick Garland has yet to point a finger at any one culprit.

“We have to hold accountable every person who is criminally responsible for trying to overturn a legitimate election,”

he said recently, emphasizing that “no person is above the law.”

Trump taking at least 15 boxes of government documents with him to Florida following his 2020 election defeat is the subject of another probe.

Efforts to overturn the 2020 election results are also being investigated in the state of Georgia, while his business practices are being probed in New York.

The real estate mogul has not yet officially declared his candidacy for the 2024 presidential election, though he has dropped strong hints over the past few months.

With President Joe Biden’s approval rating currently below 40% and Democrats forecast to lose control of Congress in November midterm elections, Trump is apparently bullish that he could ride the Republican wave all the way to the White House in 2024.