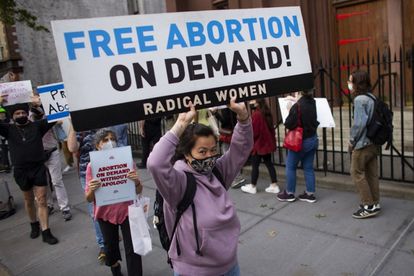 President Joe Biden’s administration on Friday said it would ask the Supreme Court to block a ban on most abortions in Texas, in the latest stage of a national battle over reproductive rights.

Last month, the US Supreme Court cited procedural issues when it decided by a 5-4 vote against intervening to block the highly restrictive Texas law.

It did not rule on the merits of the case brought by abortion providers.

At stake is the landmark 1973 Supreme Court ruling in Roe v. Wade, which enshrined a woman’s legal right to an abortion.

Last week, US District Judge Robert Pitman, in response to a Justice Department lawsuit over the Texas law, issued a preliminary injunction halting its enforcement, calling it “flagrantly unconstitutional” and a violation of Roe v. Wade.

“This court will not sanction one more day of this offensive deprivation of such an important right,” Pitman said in a blistering decision.

ABORTION LAW IN PLACE DURING PROCEEDINGS

Days later, in a complex legal wrangle, the Fifth Circuit Court of Appeals effectively reinstated the ban in Texas on most abortions once a heartbeat is detected in the womb.

On Thursday, the court confirmed the law would remain in place during ongoing proceedings.

The whiplash and temporary nature of the rulings meant only a fraction of Texas’ abortion clinics had begun conducting the procedure again beyond what was allowed under the ban.

Anti-abortion groups cheered the reinstatement, even though the Biden administration was widely expected to appeal to the Supreme Court.

On Friday, a spokesman for the Justice Department confirmed it “intends to ask the Supreme Court to vacate the Fifth Circuit’s stay.”

The department is expected to formally file its appeal in the coming days.

The “Texas Heartbeat Act” allows members of the public to sue doctors who perform abortions or anyone who helps facilitate them, once a heartbeat is detected in the womb – usually at around six weeks.

They can be rewarded with $10 000 for initiating cases that lead to prosecution, prompting charges that the law encourages people to act as vigilantes.

The law makes no exception for victims of rape or incest.

If the Supreme Court were to overturn Roe v. Wade, every state would be free to ban or allow abortions.

The court’s next move will be watched closely, with its initial refusal to intervene seen as confirmation of the bench’s swing to the right following a series of appointments by former President Donald Trump.

The Texas law is part of a broader conservative drive to restrict abortions across the United States that has prompted a public backlash.

Tens of thousands of women took to the streets in cities across the country earlier this month, asserting their reproductive rights.