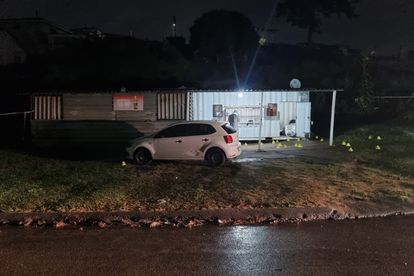 A seventh person has succumbed to their gunshot wounds following another random shooting in KwaZulu-Natal on Saturday night.

This comes after a group of unknown armed men opened fire at a tuckshop in Mariannhill at around 19h30.

ALSO READ: BREAKING: Six killed in another KZN SHOOTING… at a tuck shop

Police had initially reported that six people lost their lives in the shooting. But a seventh died in hospital on Sunday morning, police spokesperson Brigadier Jay Naicker.

“We have been informed this [Sunday] morning that a seventh person has passed away in hospital due to his injuries.”

The KwaZulu-Natal provincial police commissioner Lieutenant General Nhlanhla Mkhwanazi has mobilised all available police resources to hunt down the killers behind the “heartless” shooting.

Armed men arrived at the Siqhopholozi Tuckshop on Saturday night on the corners of Mpanza and Nxele Streets in Savanah Park, said Naicker.

At the time, six men, aged between 30 and 65 were shot and killed. One other suffered gunshot wounds and was taken to hospital, but succumbed to his injuries.

Mkhwanazi said they would do everything in their power to bring the shooters to book.

“This incident once again demonstrates our concern that firearms are contributing to the high levels of crime in the province. We are advocating for stricter regulations regarding the management of legal firearms as many of them end up being used by criminals. We will do everything within our control to bring these killers to book,” said Mkhwanazi.