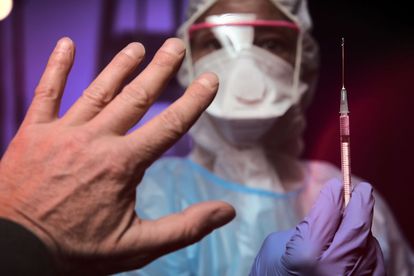 Unvaccinated South Africans explain why they choose not to get COVID jabs: Image: Adobe stock

Unvaccinated South Africans explain why they choose not to get COVID jabs: Image: Adobe stock

South Africa is currently facing a new wave of infections related to the much higher transmissibility of the omicron COVID variant and its sub-variants. The most recent spike has had similar characteristics as the fourth wave in January 2022: increases in infections have not been accompanied by similar increases spikes in hospitalisations and deaths.

These changes present a challenge to policy makers trying to improve vaccine take-up, particularly in vulnerable groups. People more vulnerable to severe illness with COVID include the elderly and those with underlying medical conditions.

Understanding the depth of vaccine hesitancy, and the drivers behind the lack of take-up is critical to preventing further deaths, infections, and continuing harm to the economy. Vaccine take-up is particularly crucial for the country because of the HIV prevalence rate of 13% as well as the fact that it has the highest rates link of TB and TB/HIV incidence in the world. Both are known correlates of COVID-19 mortality.

We have been involved in research to understand levels of vaccine hesitancy in the country with a view to providing insights into how vaccine take-up can be boosted, particularly among high-risk groups.

Two surveys of unvaccinated South Africans have been conducted. The first took place from 15 November to 15 December 2021. The omicron variant had been announced a few weeks earlier. The second survey consisted of 3,608 unvaccinated individuals, of whom approximately half were re-interviewed from Survey 1, as well as 386 individuals who were vaccinated between Surveys 1 and 2.

The dataset cannot be considered a prevalence survey, or nationally representative. Nevertheless, it was a diverse sample with broad coverage over race, vaccine-eligible age categories, province, income levels and geographical area.

We found that vaccine hesitancy in our sample was high, and had become entrenched since December 2021.

We also tested the likely success of messaging and information campaigns, and how information should be framed and distributed. Understanding the precise drivers of vaccine hesitancy is key to designing these interventions.

Most people we spoke to did not want to be vaccinated. A small portion were still undecided. Less than one in five intended to get vaccinated as soon as possible, half the number reported in December 2021.

More than a third definitely did not intend to be vaccinated.

A quarter of respondents said they would be vaccinated only if required to do so by a mandate. Worryingly, those who have chronic illnesses were no more likely to get vaccinated than others. Vaccine refusal was very high among older respondents. And we found that access didn’t feature at all as a reason for not getting vaccinated among the most reluctant (a large group).

Our results showed that it’s imperative to spread awareness of need for the vaccine, despite the current context of omicron.

Few of the respondents we spoke to thought they needed the vaccine and many cited a very low personal risk of becoming very sick from COVID.

Many also thought that the vaccine doesn’t work, and that it may kill them.

Few thought it would protect them against death.

Few people believed that the vaccine was safe for pregnant women or breastfeeding mothers, or the chronically ill. And only one in four of our entire sample say they trust government information about COVID-19 a lot.

A very high number of respondents opposed a vaccine mandate (nearly 75% of the entire sample) even though about half thought mandates would work well. Opponents overwhelmingly cited that it was an individual’s right to decide, with some saying the president said vaccination would not be mandated.

Given that mandates are likely to be used at work or school, with South Africa’s high rates of unemployment, mandates may not improve vaccination rates substantially, and will have to be approached with care.

Messaging campaigns are a tool often used to improve take-up, and are attractive due to their low-cost nature.

We tested two vaccine promotion messages (being part of the solution to ending the pandemic, or becoming vaccinated to enjoy greater freedoms), and found some small impacts on vaccine intentions.

The project also involved a proof of concept of testing policy messaging and receiving results in a rapid fashion.

Our results showed that targeted campaigns would be necessary among groups with greater hesitancy or risk.

The surveys enabled us to identify some key determinants of vaccination levels and established that policy action should not need to stop after vaccination – further communication should ensure people return for boosters, and share their positive vaccination experiences with others.

Fears about vaccine safety must be allayed, and improving belief in its efficacy is critical if vaccination rates are to increase. This information will have to come from innovative sources given low trust in government COVID-19 information.