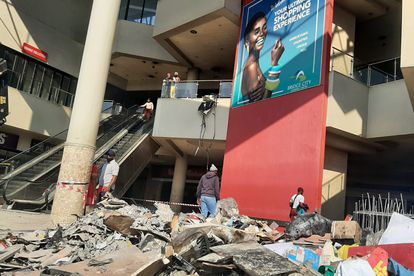 The Democratic Alliance (DA) has called on KwaZulu-Natal Premier Sihle Zikalala to establish a task team to rebuild the province.

DA chief whip in the provincial legislature Zwakele Mncwango made the call during a legislature sitting on Thursday.

Mncwango said the government needed to urgently address the following critical areas and take the people of KZN into his confidence by:

– Establishing a recovery loan or aid scheme for businesses, particularly for small businesses.

– Working to build social cohesion following evidence of racial tensions in the province.

“The economic impact on our province as a result of last weeks’ events is nothing less than devastating. There can be no doubt that good policing leads to a normalisation and a building of investor confidence. Securing the environment is also key as international investors are often bound by international standards before they can invest,” he said.

“Simply put, unless government can prove it has the capabilities to secure business, investor confidence will falter,” he said.

Mncwango  said the DA was also calling for the establishment of an environmental quick response task team, comprising scientists, water and air experts and other key stakeholders to respond immediately to major incidents, such as the one experienced at Cornubia last week.

“These are the real and tangible differences that the provincial government can act on immediately. More complex are the issues which the premier and his ANC-led government must face if our province is to move forward. This includes acknowledging that what took place is part of a bigger ANC problem and that the state is not capable of protecting its citizens when it comes to violent protests or riots,” he said.

“Critically, it includes admitting that what took place last week was an attempt at insurrection by the ANC’s Radical Economic Transformation (RET) faction. Equally, it means acknowledging that inequality will remain a constant threat to peace and stability if not addressed and that there are social cohesion challenges which have led to an angry society. The situation is compounded by a provincial economy that is not growing and which has led to many citizens being unemployed or unable to start businesses,” he added.