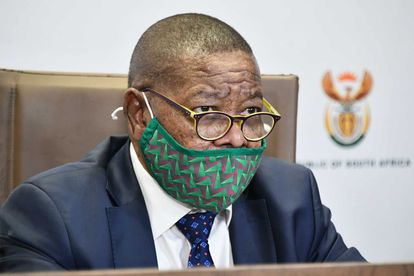 Higher Education Minister Blade Nzimande has conceded that he is unable to make good on the demands laid out to him by the South African Union of Students (SAUS) regarding clearing the onerous debt obligations of students because his department does not have the financial resources to do so. This as the unions threatens to stage a national shutdown of SA’s universities.

SAUS issued a lofty letter of demand to the Minister last week, in which they insisted that the department must clear the R13 billion historic debt owed by students in order to ensure that they are not discriminated against in registration processes at all of South Africa’s 26 universities.

“As it stands student debt is at R13 billion. Therefore we demand financial clearance & the clearance of historical debts for all students to ensure smooth registration. The University of the Western Cape has set a good precedent in this regard. A failure to clear debt is setting universities for protest and unrest,” SAUS said in their letter, among a host of other demands relating to the difficulties currently being experienced by students.

Nzimande: ‘Historical debt is being addressed’

In his reposes to the demands, Nzimande said that he has engaged with the various institutions around the country and is confident that they are independently doing all they can to ensure that students are able to register. The University of Cape Town announced on Sunday 14 March that they would lift the fee block that currently prohibits students from registering for courses would be lifted for the 2021 round of applications.

“I am aware that many institutions are doing what they can to assist students in need and to allow them to make payment arrangements so as to be able to register,” said Nzimande.

“However, institutions also have to remain financially sustainable in order to continue to operate effectively. The historical debt of NSFAS (National Student Financial Aid Scheme) qualifying students is being addressed,” he said.

He urged student unions and organisations to continue engaging with the management teams of all all of South Africa’s public universities.

“Many of the matters that you (SAUS) have raised with me require that students and university management work together at institutional level,” he said.

Universities to be shut down if demands aren’t met

Nzimande also said tha the delivery of laptops for students is still on the cards, despite promises made by NSFAS having not been delivered on since thy promised the equipment to students studying from home during the COVID-19 pandemic.

“The process of laptops is managed by NSFAS who have placed the first order and the first deliveries will be made in April. The NSFAS funding to students will only be released once students are registered and confirmed for funding,” he said.

SAUS have vowed to stage a national shutdown of all 26 universities on Monday 15 March should their demands not be met.