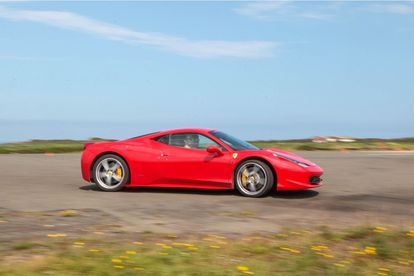 In recognition the 75th birthday of Ferrari, a leading driving experience provider has revealed that its Ferrari packages are currently leading customer popularity contests and are far out-selling the competition. Newly released booking data from TrackDays.co.uk has disclosed that the Ultimate Ferrari History Driving Experience leaves their nearest competitor, the Lamborghini Huracan Blast, in its rear-view mirror, with figures showing comparative sales are three times as popular.

The Ultimate Ferrari Driving Experience’s surge in demand means that sales have doubled for two consecutive years. The popular package gives adrenaline junkies the opportunity to drive the Ferrari 458, 360 and 348 marques around a race circuit.

This rise in popularity can be attributed to the overall success of the Ferrari stable during this anniversary year. With its F1 team currently sitting second in the Constructor Standings, and the new Ferrari 296 GTB released this year earning top reviews from all reputable car magazines, it is hard to deny that Ferrari is currently riding on a wave of success.

Dan Jones, operations manager at TrackDays.co.uk, commented: “75 years of Ferrari means three quarters of a century of speed, noise and of course, red paint. This momentous anniversary means there’s no better time than 2022 to pay homage to ‘The Prancing Horse’.

“Interestingly, it has been the 458 that has attracted the interest of our customers the most, so far this year. When the 458 was unveiled to the world in 2009, it quickly became the benchmark for the supercar world, and fast-forward thirteen years, if our booking data is anything to go by, it’s clear that the model has made a lasting impression.”

Dan concluded: “For most, owning a Ferrari remains a distant dream. However, TrackDays.co.uk grants admirers the chance, albeit for a few hours, to drive these iconic speedsters, meaning customers don’t need to burn a hole in their pocket or win the lottery to get a taste of the high life!”

To learn more about TrackDays.co.uk Ferrari packages, visit this link.

Posted by TrackDays on Newspress