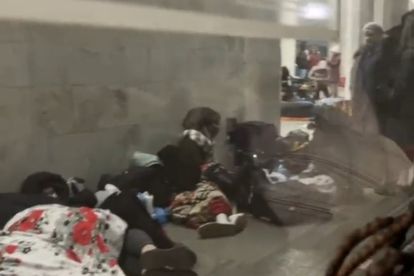 South Africa’s ambassador to Ukraine, Andre Groenewald says there has been progress in his office’s attempts to get South Africans out of the country, which has been under attack from Russia since the previous week.

It has been reported that black Africans, including those from SA, were forced to spend nights at the borders and even being subjected to racism by border officials.

YOU CAN ALSO READ: Ukraine: Table Mountain is changing colours tonight – here’s why

He adds that border officials were given the instruction to prioritise Ukrainian women and children trying to escape.

“I have not done a reconciliation on the numbers, but I would say at least 20 people have already left, it might have even been more. I am very encouraged, since this morning, even a number of them are even going in through the Polish side and those borders have been difficult, leading up to now. But we are getting quite a number of them through to Hungary, Romania and even Moldovia as well”

But according to the Department of International Relations and Co-operation (Dirco), there are about 200 South African citizens in the Ukraine.

With calls mounting for the South African government to be more proactive in evacuating citizens from Ukraine, Dirco maintains that citizens were advised to leave the country long before the first attack from Russia was launched – but not everyone heeded the call apparently.

It has further expressed its concern over reports of South Africans being ill-treated at the border.

“We have spoken to neighbouring countries including Poland and Hungary where we have ambassadors. The countries are receiving people who are fleeing away from the conflict and our ambassadors are facilitating to ensure our citizens are allowed to cross the borders. Also for them to be given food,” Dirco spokesperson Clayson Monyela is quoted as having told IOL.