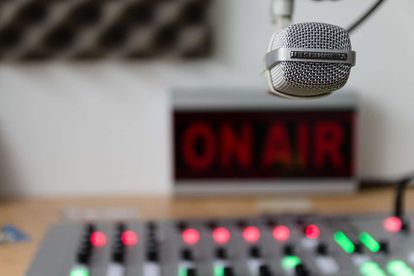 Despite a legal battle between the SABC and its former employee over the copyright of the campaign, Ukhozi FM has released its 2020 top 10 songs to be voted for by the public. One of the songs will usher the listeners to the New Year (2021). Nearly one million listeners vote in the campaign.

In 2019, former SABC sports commentator Owen Ndlovu successfully launched a court bid against the SABC, accusing the public broadcaster of stealing the concept for the Summer Song of the Year campaign from his company Michael Owens Productions.

The voting results for Ukhozi FM’s Ingoma Ehlukanisa Unyaka campaign were then withheld due to a court order, pending finalisation of the case. In January this year, Ndlovu withdrew his court application.

The SABC Summer Song of the Year is normally voted for by listeners of the 18 SABC radio stations and it is played on December 31 to usher SA into the New Year.

ALL SYSTEMS GO FOR THIS YEAR’S TOP 10 COUNTDOWN

Sbongi Ngcobo, Acting Station Manager has assured listeners that it’s all systems go for this year’s Summer Song of the year announcement. “We can’t avoid what happened last year. If anything is a legal process we have to follow the legal demands from the court of law. This year we have made sure that we address all those issues,

We don’t anticipate any problems this year because we are now in possession of some information that shows us that the person who was actually bringing the process against us does not have the ownership of the Summer Song of the year.  There’s nothing that’s going to disturb us this year,” Ngcobo said.

Ukhozi FM programme manager, Zandile Tembe, also emphasised that the station’s long-standing campaign will be going ahead this year despite the previous challenges.

“What was important for us this year was to be cognisant of the fact that musicians had a delay in terms of releasing music because COVID-19 also hit musicians very hard, and in turn, this impacted how we work as well. We put that into cognisant and gave all the artists, even those who may have released late an opportunity to give us their music on time so that listeners as well get an opportunity.

FANS SCEPTICAL TO CAST THEIR VOTES THIS YEAR

Every year social media is abuzz when the country’s leading station releases its list of top ten songs for the Ingoma Ehlukanisa Unyaka campaign. This year, it seems like fans have decided not to get their hopes up, following last year’s disappointment.