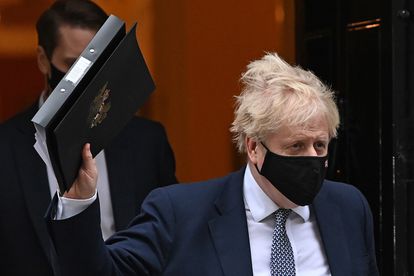 Johnson’s spokesman promised his full cooperation while the Conservative leader said he welcomed the probe as a chance to move on from weeks of revelations that have seen him face calls to quit.

“I believe this will give the public the clarity it needs and help draw a line under the matter,” he told parliament.

Allegations that a string of parties were held at Downing Street while the rest of the country abided by the rules have caused the worst crisis in Johnson’s tenure.

London’s Metropolitan Police have faced widespread criticism for refusing to investigate a steady drip of allegations about illegal events over the last two years.

But she told an assembly scrutiny panel: “The fact that we are now investigating does not of course mean that fixed penalty notices (fines) will necessarily be issued in every instance to every person involved.”

If questioned, Johnson would be only the second sitting British prime minister to be quizzed as part of a formal police probe.

Labour prime minister Tony Blair was interviewed as a witness in a police investigation into “cash for honours” allegations. Police announced in 2007 that no charges would be brought.

A senior civil servant, Sue Gray, has already begun conducting an investigation into the “partygate” claims and was expected to publish her conclusions in the coming days.

Johnson’s spokesman said discussions were ongoing between her team and police about how she will continue her fact-finding work, what can be published and when.

“That still needs to be worked through both in relation to what may or may not be published and the ongoing work of both the police and the investigation,” he told reporters.

Gray’s investigation is understood to include claims revealed on Monday night that Johnson broke lockdown rules by having a birthday party at Downing Street on June 19, 2020.

Up to 30 people were present, ITV News alleged. At the time, social gatherings were only permitted between six people outside.

Johnson – Britain’s populist Brexit architect – has faced public outrage and charges of hypocrisy over the parties, given that millions of people abided by the rules he set.

Many have highlighted how they missed significant birthdays themselves due to social distancing, and were unable to comfort sick and dying loved ones struck down with Covid.

A tweet from Johnson re-emerged from March 2020 in which he told a seven-year-old girl she was setting a “great example to us all” after she cancelled her birthday party.

“Members of the public must be able to expect the highest standards from everyone, including the prime minister and those around him,” he added.

“No one is above the law. There cannot be one rule for the government and another for everyone else.”

Dick declined to give a timeframe for the investigation or say whether the Met would be taking witness statements from police stationed at Downing Street.

She also refused to say whether police would be examining security camera footage from Downing Street, where Johnson has both an office and a residence.

Supporters of Johnson in his Conservative party have played down the latest revelations and the threat to his position, just over two years after a landslide election win.

But they have led to a double-digit lead in polls for Labour party, and calls from even some Tories for him to quit.

The embattled leader’s supporters point to his success in securing Britain’s exit from the European Union, and his work on securing vaccines to combat Covid-19.

Jonathan Evans, the head of the Committee on Standards in Public Life, said recent government corruption and cronyism claims had the potential to undermine public trust.

He warned there could be a “political price to pay” if ministers and public servants ignored people’s expectations of behaviour.

“People do care about it and they do expect those people who are representing them… to be maintaining high standards and to put the interests of the public first, rather than their own personal or political interests.”