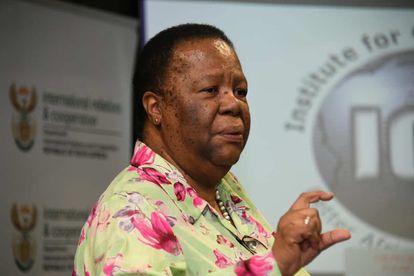 South Africa’s Department of International Relations and Cooperation (CIRCO) has responded to the United Kingdom’s decision to place the country back on its travel red list, citing the emergence of a new COVID-19 variant in the country.

As a safety measure, Javid it says those who have been in South Africa, Botswana, Lesotho, Namibia, Eswatini – and Zimbabwe in the previous 10 days – would be refused entry.

“The UK government thanks the government of South Africa for its surveillance of this variant and its transparency,” Javid said.

The National Institute for Communicable Diseases (NICD) confirmed on Thursday that the new B.1.1.529 coronavirus variant – had been detected in the country  and 22 positive cases have already been identified.

Well, the Department of International Relations and Cooperation (DIRCO) is not pleased with the UK’s move and says it will continue engaging its government to try and convince them to reconsider.

“Our immediate concern is the damage that this decision will cause to both the tourism industries and businesses of both countries,” says Pandor.

DIRCO takes issue with the decision, particularly because the World Health Organisation (WHO) is yet to announce a way forward.

“Whilst South Africa respects the right of all countries to take the necessary precautionary measures to protect their citizens, the UK’s decision to temporarily ban South Africans  from entering the UK seems to have been rushed as even the World Health Organisation is yet to advise on the next steps”