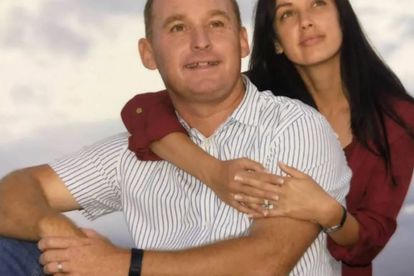 THE MEN RECENTLY APPEARED IN THE NORTHERN CAPE HIGH COURT

The Northern Cape High Court in Upington sentenced Enrich Williams, 35, and Amatle Bareki, 25, who were found guilty of killing Brits on 7 October 2020.

Brits was found murdered in a swimming pool at one of his properties.

Valuables, including firearms, a cellphone, Krugerrands, polished diamonds and cash, were allegedly stolen from the premises.

THE POLICE WELCOMED THE SENTENCE

He furthermore said in November 2021, the court found that Brits’ wife, Suretha, had plotted his murder.

This comes after Suretha also pleaded guilty to a count of robbery with aggravating circumstances, in terms of a section 105A agreement.

Judge Mpho Mamosebo sentenced her to 25 years in jail for murder and 15 years for the robbery, which would run concurrently.

Jacques van Vuuren, 37, who was tasked to find the hitmen to murder Brits, was sentenced in the Kimberley High Court after entering into a plea agreement in March 2021.

He was sentenced to 20 years’ imprisonment. The SAPS welcomed the life sentence.

SAPS WORKED AROUND THE CLOCK TO SOLVE MURDER

“The initial investigation and arrests were executed by the late Brigadier Dick De Waal and the docket was later taken over by Col Wilmo Vermeulen and Lt Col Pieter Benade. The officers are commended for the great teamwork that resulted in the outstanding sentences, to date,” Kock said.