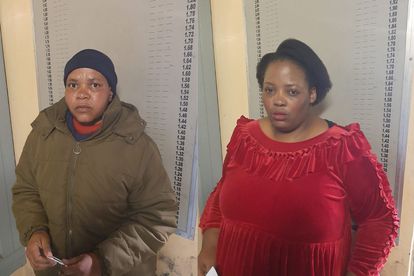 The case against two Senior Admin Clerks working at the Warden Magistrates’ court has been postponed to 11 August 2022 after they were each granted bail of R4000 on Thursday.

The two suspects were arrested on Wednesday by the Hawks’ Serious Corruption Investigation team based in Bloemfontein.

“The suspects were entrusted to receive and bank the money for the department. They then used some of the money that they were supposed to bank for their own benefit,”

He added that as a result of these fraudulent activities, the Department of Justice was prejudiced and suffered a total loss of more than R1 million.

A case docket was registered and handed over to the Hawks’ Serious Corruption Investigation team based in Bloemfontein for further investigation which culminated in the arrest of the duo yesterday, 1 June 2022.

The suspects are facing charges of fraud, theft, forgery and uttering.

Meanwhile, in Mpumalanga, Thokozani Caswell Shongwe (41) who is accused number six amongst the eight accused who were arrested for contravening the Tax Administration Act, was convicted and sentenced by the Nelspruit Specialised Commercial Crime Court on Wednesday, 01 June 2022. He is charged with fraud, theft or alternatively contravening the provisions of Section 235 of the Tax Administration Act and Money laundering.

According to Hawks spokesperson, Captain Dineo Lucy Sekgotodi, the sentences followed a lengthy investigation by the Hawks after the accused was arrested for Money Laundering. He received a R500 000 share into his bank account prejudicing the South African Revenue Services.

“Shongwe was sentenced to R 200 000 fine or 3 years imprisonment of which half R10 000 or 18 months imprisonment is suspended for 5 years on condition that he is not to be convicted of same offence during the period of suspension.