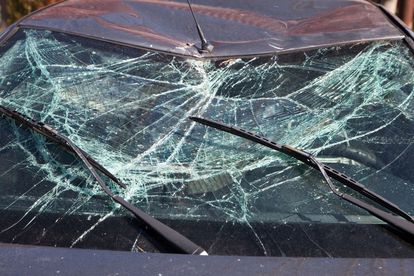 Two people were killed, and five others were injured when their vehicle rolled on the Khutsong Welverdiend Road in Welverdiend on Sunday.

ER24 spokesperson Russel Meiring said paramedics and other services arrived at 00h32 to find a light motor vehicle upright on the side of the road.

He said several people were found lying around the car.

“Paramedics assessed the patients and found that two adults had already succumbed to their numerous injuries.

“Nothing could be done for them, and they were declared dead. One other patient was in a critical condition, while the four others had sustained moderate injuries.”

ALSO READ: Eleven school children cramped in the back of bakkie injured in accident

Meiring said injured people were treated, and the critically injured were provided with advanced life support interventions before being transported to a nearby hospital for urgent care.

In an unrelated accident, a man was killed, and four others were injured when a small truck and a bakkie collided hours earlier.

Meiring said the accident happened on the R23/Boland Road in Brakpan.

“Paramedics and other services arrived shortly after 22h00 to find the truck and bakkie in the middle of the road.

“A man was found lying motionless in the small truck while a woman, a man, and two children, a boy (3) and a girl (10), were found seated near the bakkie.”

He said paramedics assessed the patients and found that the man in the truck had sustained fatal injuries.

Nothing could be done for the man, and he was declared dead on the scene.

All the injured were treated on the scene, and the woman was provided with advanced life support interventions before she was transported to a nearby hospital for further care.

Local authorities were on both scenes for further investigations.