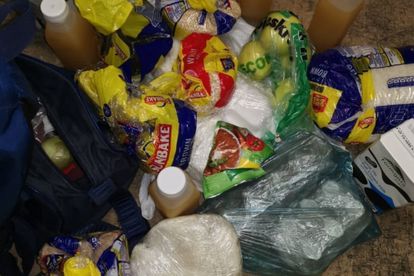 Two food service aid staff were found with stolen hospital groceries stashed in their boot in Tzaneen. The two work at Letaba Hospital with the responsibility but were soon arrested after the stolen groceries were found in their possession.

But while leaving the hospital after a night shift, the pair and the vehicle they travelled in were searched by security guards at the gate.

Security officials instead found the two personnel in possession of packs of groceries stashed in the boot.

“Police were immediately called and arrested the two officials that morning.”

“Our department is operating from a shoe-string budget as it is. We can’t afford to have leakages of resources caused by unethical and ill-disciplined personnel. We therefore, want to commend the security personnel for doing their work without fear or favour,” Ramathuba said.

Meanwhile, Ramathuba will be leading a team of medical practitioners on Tuesday to perform 500 medical male circumcisions.

This will be at the Thabaleshoba Health Centre in the Mogalakwena Municipality in the Waterberg District.

The centre will perform voluntary medical circumcision procedures and aims to target 500 men within the cluster.

“We have dedicated a team of well-trained healthcare professionals in all our healthcare centres to perform these procedures. We encourage parents to bring their boy child to our facilities so that we circumcise them medically,” said Ramathuba.

The drive is expected to start at 11:00. Various hospitals and clinics across the province also cater to medical male-circumcision, the MEC said.