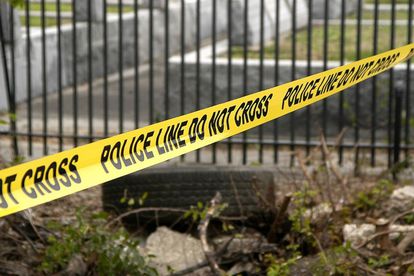 The family of Inathi and Ikhona Ngangelizwe, who drowned in neglected construction hole, are demanding a R20m settlement from government. Photo: Stock Image / Pixabay

The family of Inathi and Ikhona Ngangelizwe, who drowned in neglected construction hole, are demanding a R20m settlement from government. Photo: Stock Image / Pixabay

Grief and frustration over the untimely passing of 13-year-old twins Inathi and Ikhona Ngangelizwe have brought the community of Slatsha Village in the Eastern Cape and the Ngangelizwe family together.

The twins unexpectedly drowned in a neglected quarry before being spotted by police officers. The family, with the aid of attorney Godrich Gardee, presented a letter of intent to the department of public work.

The letter expressed a demand for a settlement of R20 million. The request has not gone in favour of the twins’ family, alleging that the department is actively shifting responsibility, reports IOL.

The pair were reportedly on their way to their grandmother Celiwe Ngangelizwe who had recently suffered a stroke. Celiwe would later be named as the client in Gardee’s letter of intent.

Gardee reported on the apparent inefficiencies of the Department of Public Work that may have led to the death of the twins. He stated that they referred the matter to the Department of Roads. The information of the contractors still remains unknown.

Community remains frustrated as the twins’ death could have been avoided

In an attempt to resolve the ordeal a copy of the letter was presented  to Co-operative Governance and Traditional Affairs, Amathole District Municipality and the Great Kei Local Municipality

Anger has stirred up within the community over the continued neglect of the quarries which remain unfenced. The twins untimely and tragic death has shaken residents.

Mother arrested for dumping newborn in bushes in Bushbuckridge

In other news making headlines, a mother was arrested after she dumped her naked newborn baby in bushes in Bushbuckridge.

According to police spokesperson Brigadier Selvy Mohlala, the newborn was found last week Thursday by two women who were walking past.

“Two ladies were walking on the street at College View in Bushbuckridge next to a school when they heard a strange noise of a child crying in the nearby bushes.”
Read the full story here.