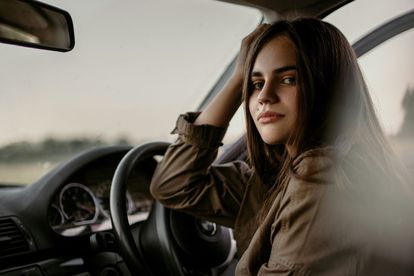 Where did that come from – teenage tunnel vision. Photo credit: Unknown

Where did that come from – teenage tunnel vision. Photo credit: Unknown

While teenage drivers likely have the best vision and reaction time, why is it that they have some of the worst crash statistics? It is believed that tunnel vision has something to do with this. Ultimately, the best drivers are not necessarily those with the best or fastest reactions but those who are aware of all their surroundings and not just what is ahead of them.

The CEO of MasterDrive, Eugene Herbert, says the tendency of teenagers to focus their attention entirely on what is directly ahead of them is likely their downfall. “The more focused a driver is, the more they stare at a fixed point. They may not be focused on other potential hazards ahead or next to the road such as pedestrians or animals.

“Experienced drivers are aware hazards can come from many places and not just directly ahead. They constantly scan the sides of the road as well as look at least 12 seconds ahead rather than just at vehicles in front of them. These are basic tenets of defensive driving which consequently reduce the risk of a crash.”

How to help with tunnel vision

As a parent of a teen driver or someone assisting a learner driver, you are likely questioning how to reduce tunnel vision while driving. “While the ability to be aware of all surroundings develops with experience, it is still possible to help a new driver overcome this hurdle, firstly by making them aware of it. Encourage learner drivers to periodically scan surroundings for obstacles they may need to respond to proactively. For example, increasing the distance between themselves and a cyclist when moving past them.

“Additionally, teach new drivers to look 12 seconds ahead. Watch carefully and remind them if you see them neglecting this. If two cars ahead start to break and the learner doesn’t slow down, this is a clear indication. Before any new driver can start driving alone, they should have this skill perfected.”

Other techniques can help learners reduce their tunnel vision or minimise the consequences whilst learning this. “One of these is another major principle of defensive driving: maintaining a three second following distance. This gives learner drivers time to respond while they master full awareness. Additionally, take frequent breaks, don’t speed and avoid night driving.

“Lastly, without distracting the driver, indicate potential obstacles they should pay attention to as you drive. Indicate cars moving into adjacent lanes or overtaking, point out road signs, warn them about traffic slowing down or obstacles ahead, remind the driver where to look before crossing an intersection or mention the dog alongside the road. With enough practice the ability to take in their full surroundings will soon become a natural habit.”

Taking additional measures is also important to equip learner drivers to reduce their tendency to have tunnel vision. “MasterDrive has enjoyed particular success with its Defensive Driving program which helps young drivers progress far beyond the parameters being assessed and taught when passing their K53 test – if you want to keep your teens safe on the road give MasterDrive a call.

For more tips on driving and being safe on the road, follow our articles here.