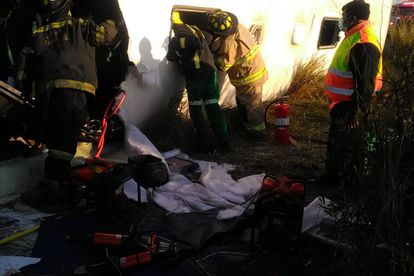 Driver error was the major contributing factor that led to the deadly collision between a bus and a truck on the M17 in Tshwane last Friday, said the Minister of Transport, Fikile Mbalula, on 17 June.

Mbalula released an accident report on Friday, saying the 15 people who died were the only breadwinners in their families. A further 37 people were injured and rushed to hospital for treatment.

“The report concluded that driver error is the major contributing factor to the cause of the crash because the truck driver allowed his vehicle to veer off its original lane of travel onto the oncoming lane resulting in a head-on crash,” said Mbalula.

The accident report confirmed that the crash between the bus with 56 passengers on board and a truck carrying a load of furniture took place on Friday, 9 June, at approximately 5:10.

The bus was heading in a southerly direction and the truck was going the other way.

The report found that weather and road conditions were fair and were not likely to be a contributory factor in the accident.

“A full mechanical investigation was conducted on both vehicles and confirmed that there were no mechanical defects or failure that contributed to the occurrence of the crash. It was found that both vehicles were in a roadworthy state before the crash,” said Mbalula.

Both drivers were also in possession of valid EC1 drivers’ licenses and Professional Driving Permits. “Though one of the drivers was a foreign national, he had all the requisite documentation including the valid register,” said the transport minister.

The findings of the report will be brought before the Directorate of Public Prosecution for their consideration. The drivers of both vehicles perished in the crash. Mbalula said it is unfortunate “to the extreme” that no one could be charged either for reckless driving or culpable homicide.

An inquest into the deadly accident will be opened and presided over by a Magistrate.

Mbalula said many of the deceased would be laid to rest on Saturday. The findings released on Friday were from the preliminary report.

International standards dictate that injured persons must be monitored for 30 days before a final report can be concluded.