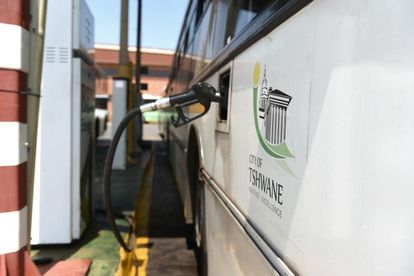 The fuel shortage which led to the halting of Tshwane bus services has been resolved. PHOTO: City of Tshwane

The fuel shortage which led to the halting of Tshwane bus services has been resolved. PHOTO: City of Tshwane

The week started off rocky for those who relied on Tshwane bus services to get to their destination as it had come to a halt. This was due to a lack of diesel to fuel the municipal buses, which has since been resolved.

THOUSANDS OF COMMUTERS LEFT STRANDED DUE TO LACK OF FUEL

Tshwane buses were out of service this week, leaving thousands of commuters stranded or having to find alternative transport.

This is because the City of Tshwane had not procured diesel for the bus service, said the South African Municipal Workers’ Union (SAMWU).

This impacted workers, including those within the municipality, who had bought monthly and weekly tickets. They had to resort to finding other ways to ferry them to and from work, said Gauteng SAMWU provincial secretary Mpho Tladinyane.

He said the union marched to Tshwane House in August to deliver a memorandum of demands. These demands included the procurement of fuel for the city’s entire fleet.

“We further highlighted that Tshwane Bus Service plays an important economic role in the city. But the administration has turned a blind eye on this issue by their failure to continually have a sufficient supply at all times.”

COMMUTERS CAN NOW USE BUSES AS THE DIESEL ISSUE IS RESOLVED

But commuters who relied on this cheaper mode of transport can finally access the city’s bus service.

Operations of the Tshwane Bus Service resumed to full capacity on Tuesday. Half of the city’s bus fleet had been grounded since Monday afternoon, spokesperson Selby Bokaba said.

But fuel has finally been delivered, he said.

“The city’s fleet experienced a shortage of diesel [on Monday] and the service provider undertook to deliver on [Monday night]. However, delivery could into be done due to some logistical glitches.”

By Tuesday morning, the first truck arrived at the bus depot to deliver diesel. More than 70 buses have already been filled up while others queued to get diesel.”

The city resorted to using Engen filling station in Pretoria West to fill the gap of the fuel shortage challenge.

“This is to ensure that operations are not severely impacted. Tshwane wishes to apologise, once again, to its valued commuters for the inconvenience caused,” Bokaba said.