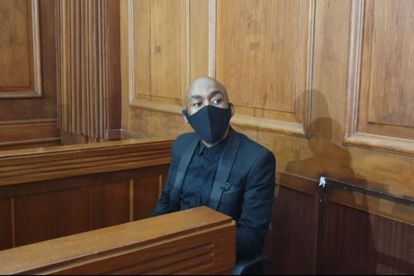 The Commission for Gender Equality (CGE) has welcomed the Johannesburg High Court’s judgment which found Ntuthuko Shoba guilty of the premeditated murder of Tshegofatso Pule in 2020.

The judgement was handed down by Acting Judge Stuart Wilson at the High Court of South Africa’s Gauteng Local Division on Friday, 25 March.

Pule was brutally murdered while she was eight months pregnant. The 28-year-old’s body was found hanging from a tree.

Shoba was charged with premeditated murder. He was also charged with two alternative counts of conspiracy to murder as well as defeating the ends of justice. Muzi Malephane, who was sentenced to 20 years for Pule’s murder, was the one who implicated Shoba.

Malephane stated that Shoba was the mastermind before he turned state witness. The court found that the evidence presented before it was satisfactory and clear. The evidence, it said, was corroborated by other witnesses and CCTV footage.

The Commission for Gender Equality said it is disturbed about the alarming rates of GBVF occurrences in South Africa.

The Commission also said it hopes that the incarceration of both Mzikayise Malepane and Ntuthuko Shoba will send a strong message to GBVF perpetrators.

“The Commission for Gender Equality still expresses its unhappiness over the long process the case took to arrive at a conclusion. The Commission hopes for a tougher sentence befitting the brutality that was meted out to a Tshegofatso Pule and her unborn baby.

“We urge the justice system to speed up GBVF cases to restore public faith in the judiciary and demonstrate to the people of South Africa that gender-based crimes are highly prioritised in the courts.”

Spokesperson, Javu Baloyi said the long process between murders and conviction of perpetrators is painfully long and subjects affected families to secondary victimisation after the deaths of their loved ones.

The South African Police Service also welcomed the decision. Police Minister, Bheki Cele congratulated the detectives who worked on the case. Cele also said the conviction must serve as a reminder for all police officers to always prioritise GBVF