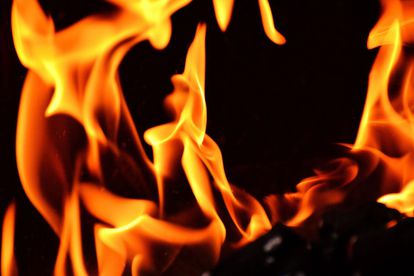 Grade 12 learners at a North West school will have to take refuge at a nearby church after their school was gutted. Photo: Stock Image / Pixabay

Grade 12 learners at a North West school will have to take refuge at a nearby church after their school was gutted. Photo: Stock Image / Pixabay

Four classrooms, desks and chairs, ceiling and roof of a school block were destroyed when a fire gutted the Tsamma Secondary School in Jouberton Township near Klerksdorp in North West.

The incident reportedly happened on Saturday evening around 22:00, 10 September 2022.

According to the North West Department of Education, it is alleged that the community members residing near the school in the evening saw fire at the school and immediately called the principal and the fire department to extinguish the fire.

It is reported that stationery in the storeroom, including teachers files in the school Head of Department’s office were also damaged.

North West MEC for Education, Mmaphefo Matsemela expressed that this fire incident was a serious disaster to the department.

Matsemela said he was totally lost for words following this horrible incident that gutted a block of classrooms.

“I personally regard it as a serious disaster. The Grade 12 learners are currently writing their preliminary examinations, this will affect all the preparations done by the school. As a department we have a huge backlog of schools which we are currently building and renovating. Now we have to go back and build again a school that did not have any problems.”

CHURCH TO BE USED FOR GRADE 12 EXAMS

Matsemela further pleaded with law enforcement agencies to get to the bottom of the incident so that they can know what the cause of the fire was.

“This has seriously affected teaching and learning at this school. We have decided to reroute four mobile classrooms which were supposed to be delivered at another school as a temporary intervention.

“We have also arranged a nearby church to be utilised for the preliminary examinations by Grade 12 learners.”

The Infrastructure Unit was also on sight to assess the extent of the damages, reportedly. The cause of the blaze is still unknown at this stage.

A case has opened with the local SAPS for further investigation and to ascertain the cause of the fire.