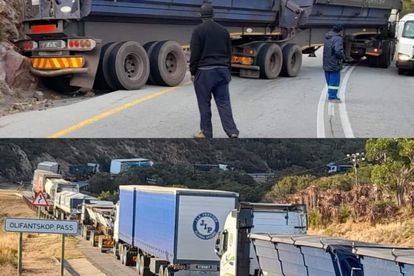 Eastern Cape Department of Transport MEC, Xolile Nqatha has called on truck drivers, owners and all those involved in the manganese ore business to be more considerate, respect fellow road users and abide by the rules of the road at all times.

COMPLAINTS ABOUT TRUCK DRIVERS CAUSE OF ACTION

The call comes as complaints ranging from allegations of manganese ore littering the road and damaging motorists’ tyres, reckless and negligent driving and downright indecent behaviour by the truck drivers towards fellow road users have caught the attention of MEC Nqatha.

WHAT IS MANGANESE ORE?

According to Wikipedia, Manganese is a chemical element with the symbol Mn and atomic number 25. It is a hard, brittle, silvery metal, often found in minerals in combination with iron. Manganese is a transition metal with many industrial alloy uses, particularly in stainless steel.

“Public roads are shared spaces and respecting fellow road users is the bare minimum we expect from road users.”

The Transport MEC made it clear that this is not an attempt to target manganese trucks operating on the N10, but the complaints about them have been too many and too frequent.

“Our call is for them to be more considerate on our roads, work with fellow road users and our officers to protect the well-being of every road user and help us end the prevalence of crushes particularly on that road,” he reasoned.

Nqatha warned that failure to comply will force the department to take a tough stance to enforce order.

ALSO READ: Calls for trucks to be banned in Pongola, Ulundi and Vryheid

The N10 road, particularly around the Olifantskop Pass has been a hotspot for accidents involving trucks in recent times, some of which have been fatal.

MEC Nqatha has also called on motorists to take due care on the roads, especially in roads frequented by heavily loaded and often slow-moving trucks especially as we gear up for the busy festive season.