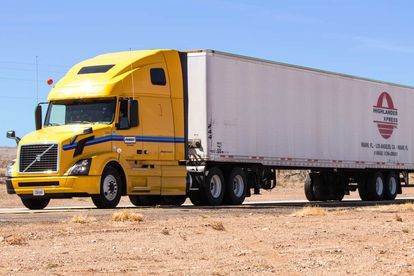 A messy court case between the Positive Freight Solution Forum (PFSF) and the All Truck Drivers Foundation (ATDF) involving truck drivers in South Africa could result in an attempted national shutdown on 18 July.

The two parties are arguing in the Pietermaritzburg High Court over the number of foreign nationals hired to drive trucks in this country and the alleged violent protests against them.

There have been numerous attacks on trucks over the last few months, leaving death and destruction in their wake.

The ADTF want more South Africans employed to be truck drivers while the PFSF believes their opposition in the case is behind the attacks.

An interdict was awarded against ADTF leaders Sipho Zungu, Cele Khumbulani, Mncebe Sihle, and Nkosenye Buthelezi, who maintain their innocence, saying it would be crazy to destroy trucks they want to be hired to drive.

South African Transport and Allied Workers Union (Satawu) also expressed concern that neither party is registered with the National Bargaining Council, but are being heard by government.

“Given the ongoing attacks, SATAWU is worried that government is giving an ear to illegitimate truck owner associations – the Positive Freight Solution Forum,” Satawu said in a statement.

“The association is on record for saying South Africans do not possess the required skills to drive their trucks thereby justifying the employment undocumented foreign nationals.”

“Should government not heed our call and intervene, we will be forced to call upon all employer associations nationally to stop operations and cease the movement of all goods until government takes effective action.”

Big plans for the trial date

The arguments of the two organisations are set to be heard on 18 July, when the rest of the country will be celebrating late former President Nelson Mandela’s birthday.

TimesLive claims a WhatsApp message has been circulated among truck owners saying no trucks should operate on the day, which could cause havoc for the economy.

Even if many normal road users would probably welcome the news.