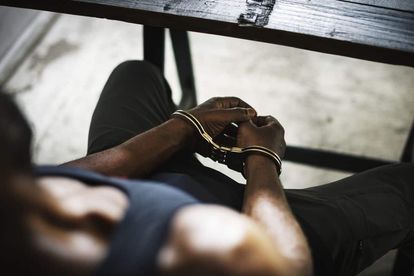 Police in the Eastern Cape have arrested a suspect in the Queenstown area on Friday 28 February for a triple murder, following the disappearance and heartless murder of three people in November 2019, at Tsomo.

Three people went missing under mysterious circumstances at Tsojana Administration Area in Tsomo without a trace in November 2019.

A 71-year-old grandmother and two girls aged 17 and 16, one of whom was nine months pregnant, were last seen in their home in Tsomo on a Sunday. However, the following day, it was discovered that they had disappeared.

After concerted efforts by the police and the community by conducting searches in the surrounding villages, the family was later found floating in the Tsomo River.

“The motor vehicle believed to have been used during the crime was also found abandoned at Mahlubini AA,” said Eastern Cape police Brigadier Tembinkosi Kinana.

On Friday 28 February at about 06:30, the main suspect, 35, was arrested in Queenstown Ezibeleni Township, allegedly at a Sangoma’s house. The motive for the killings is still under investigation.

“Criminality within our society is a taboo, and for this reason, it will not be treated with soft gloves. Gender-Based Violence must be fought on all fronts and by all responsible citizens,” Ntshinga said.

Ntshinga expressed gratitude to the community for their tireless and unrelenting efforts during the strenuous and elongated sleepless nights of searches for the missing family members.

The suspect, who is believed to be dangerous, is expected to appear in the Tsomo Magistrate’s Court on Monday 2 March 2020 on murder charges.

In a separate incident, Collin Pillay, 47, from Phoenix allegedly murdered his lover and her two daughters in October 2019.

The tow truck driver was found guilty at the Durban high court on Thursday 24 October 2019. He murdered Jane Govindsamy and her daughters, Denisha, 22, and Rackelle, 16.

The convicted man was also put on the stand “to testify in mitigation of sentence.” His defence was that he was a widower and a father of four. Pillay also stated that his children all depended on him to provide financially. Later that day, Judge Nkosi sentenced the killer to three life terms.