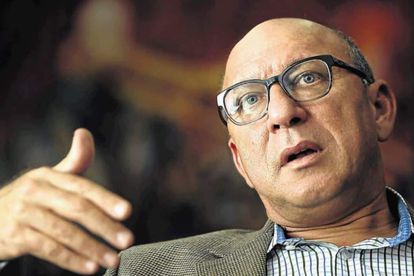 As reported by eNCA, the matter has been pushed to Tuesday, 14 May, well after the political party has participated in the elections.

Trevor Manuel vs EFF: Where is all went wrong

The legal debacle between the two stems from comments that were by made against Manuel by the EFF, who accused the former minister of nepotism in March.

The red berets had questioned Manuel’s influence in the appointment of Edward Kieswetter, the new South African Revenue Services (Sars) boss. You will remember that the former Finance Minister was part of Parliament’s selection panel in the search for the new revenue collector’s commissioner.

In a statement, the EFF claimed that Manuel’s relation to Kieswetter, and the fact that they had a very close business relationship, was a clear indication of the influence he may have had in the panel’s recommendation.

Does the EFF have new evidence?

Manuel’s court bid was encouraged by his assertion that the EFF had no proof of such claims. However, proceedings have been halted temporarily after the red beret’s submission of new affidavits.

At this time, it is not said what the contents of the affidavits are. Reacting to the postponement, the EFF’s Dali Mpofu reaffirmed the party’s stance on the fact that their claims about Manuel were factual and not defamatory.

“Any thinking South African should ask him or herself, ‘why was it necessary for these cases?’. Let’s say we defamed him. Let’s say [with regards to] Karima, we did something wrong there as well, the question is, why was it important for these cases to be heard now, two days [as well as]. 24 hours before the elections?” he asked.

He pointed to the ongoing court battle between his party and political journalist and anchor, Karima Brown, in his claim that this was all an orchestrated ploy, “the last ditch attempt by the enemies and haters of the EFF.”

Karima Brown and the red berets

The EFF is currently awaiting a judgment on the matter between them and Brown, who filed a lawsuit against the party for placing her life under serious threat.

Related – Karima Brown vs EFF: Verdict on hold, but Malema could pay a hefty fee

Malema had accused the journalist of being an ANC mole, brandishing her personal mobile number on Twitter.

Brown claims that since then, she has received death and rape threats from people who identified themselves as EFF supporters.

The journalist has urged the courts to take decisive measures on the matter before Election Day. At the time of publication of this article, the court had not returned with a judgment.