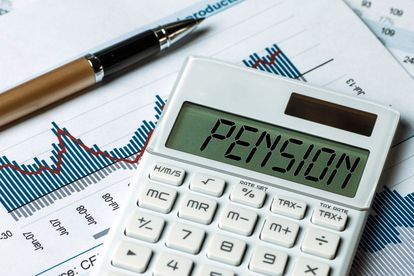 National Treasury has just provided more insight into its approach and planned timelines concerning when workers will be able to access their retirement funds early in an emergency.

“Even before the advent of COVID-19, the government recognised that many members may need to access part of their savings in particular unexpected circumstances. It is for this reason that the Minister of Finance noted in the 2020 Medium Term Budget Policy Statement (MTBPS) and 2021 Budget that consideration is being given to allow limited pre‐retirement withdrawals from retirement funds under certain conditions, provided that this is accompanied by mandatory preservation upon resignation from a job,” National Treasury said in a statement on Wednesday.

National Treasury said the government had been engaging with trade unions, retirement funds, regulators and other stakeholders to discuss how to increase savings and improve preservation and allow limited withdrawals, without creating liquidity and investment risks.

“Any consideration for early access will require legislative and fund-rule amendments because the current law and policy prohibits any pre-retirement access to retirement savings unless an employee resigns or is retrenched. It is expected that the earliest that any changes would become effective for a new withdrawal mechanism is 2022,” National Treasure said.

However, treasury said the withdrawal process would not cover the Government Employees Pension Fund (GEPF), as it was not regulated under the Pension Fund Act, and no COVID-related withdrawals would be allowed. Retirement funds are primarily designed to encourage individuals to save while working to finance consumption later during retirement. The government provides generous tax deductions and benefits to encourage all working people to save and preserve more for their retirement.

“Redesigning the retirement system to allow for limited withdrawals with mandatory preservation is complex and requires thorough consultations. Government has been working on a more structured two-bucket system that will enable the restructuring of future contributions. One bucket is to be preserved until retirement, and the second bucket will allow pre-retirement access during emergencies or extra-ordinary circumstances,” National Treasury said.

While these measures will cover pension and provident funds, a “harmonised approach on withdrawals” was also being considered for retirement annuities. “Implementing any new system allowing limited withdrawals with preservation will take time because in addition to prior consultation, legislative and fund rule amendments have to be done and fund administrators will also have to change their systems. Design work and consultation are ongoing, “ National Treasury said.

National Treasury said that further announcements and the public release of the proposed measures for public comment and consideration would be made shortly, before or at the 2021 MTBPS.

“It is expected that any changes to the law would only become effective next year at the earliest, and some of the medium-term provisions may take even longer to take effect. The government remains committed to encouraging South Africans to save more, both for their retirement and for shorter periods before retirement.”