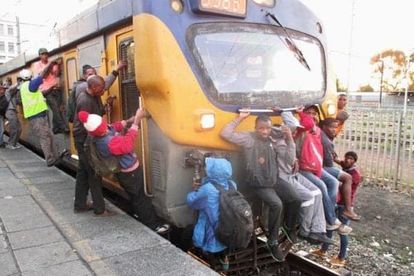 The investigations, into contracts worth R10 million or more, were ordered by former Public Protector Thuli Madonsela following her 2015 report on mismanagement at PRASA. The Treasury parcelled them out to 13 different auditing and legal firms.

The documents, given to GroundUp by the UniteBehind Coalition, paint a picture of incompetence, corruption and mismanagement on a grand scale.

There are more red flags in the 1,000-odd pages of reports than at a Moscow May Day parade.

Also mentioned is Deputy of Minister of Finance Sfiso Buthelezi, then chair of the board. Frequently the board is found to have been derelict in its duty. GroundUp emailed Buthelezi for comment but received a response that he is out of the country.

In one in five cases (39 out of 193) the investigators recommend that criminal proceedings be launched.

The auditors list companies owned by a single person benefitting from tens of millions of rands, forged signatures, rigged tender awards, bid committee meetings where all the members somehow gave the bidders identical scores, contracts awarded without quotes from the companies, and contracts awarded to companies apparently created just to get the contract.

At least one company was awarded a contract even though its managers had not attended the compulsory briefing session.

Security companies were paid millions to guard stations and vital equipment, and safeguard commuters, yet continually extended contracts are riddled with irregularities. One security company was not even registered with the Private Security Industry Regulatory Authority.

In many cases the auditors note that because of the time lapse between the contract and their investigation they have not been able to check whether the work was done properly or at all.

Only “8 out of 193 contracts” cleared by auditors

Of the investigations into 193 contracts worth over R10 million that PRASA entered into between 2012 and 2016, only eight got the all clear from the auditors. In the R9.1 billion paid to contractors, the investigators found irregular expenditure of up to R2.5 billion, if money in all the contracts labelled irregular is included.

Among the investigators’ findings are:

All in all, the reports reveal the cavalier mismanagement of public funds supposed to be spent on ensuring that the two million South Africans who daily rely on PRASA are able to commute safely and on time.

It is clear why our train services are in such dire straits. In fact, it’s a miracle they run at all.

GroundUp unsuccessfully attempted to contact Montana on Tuesday before publication. Following publication, Montana criticised the article on Twitter. He described the forensic reports as “poor”. He wrote: “I assume [Treasury] has authorised GroundUp to publish draft reports that Treasury itself has not finalised.”

This article was produced with GroundUp by West Cape News.