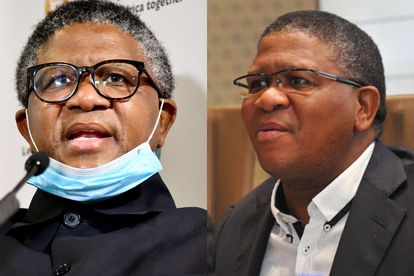 Many in South Africa lament the conditions of roads and hope the government can solve the issues. However, Transport Minister Fikile Mbalula says the country is suffering from a lack of skills and funds.

Mbalula, also known as Mr Fix, says there is a shortage of requisite technical skills in the sector, specifically at a provincial and municipal levels. He added that the government is unable to keep top engineers and relevant technical skills as the private sector pays more.

Another challenge for the sector is business forums that disrupt projects demanding to be paid 30% of budgets without doing any work.

Mbalula says the level of funding, in general, is a cause for concern as it remains lower than what is needed.

“As the economy improves, we believe the government will be able to assist all sectors of our economy,”

Earlier this year durIng a February address, Mbalula said that 80% of the country’s roads have reached the end of their design life increasing the department’s road maintenance backlog.

“The total paved and gravelled network at the provincial level is 184,816 kilometres. 40% of this (provincial) network has reached the end of its design life, as approximately 80% of the (national) road network is now older than the 20-year design life,”

Mbalula was answering written parliamentary questions where he said the government were developing their road policy with four main categories.

He added that the consultation of the policy position is currently underway and is soon to be concluded.

Although Mblaula acknowledged that the responsibility to ensure the correct management of roads for the sake of the economy fell at the feet of the national government.