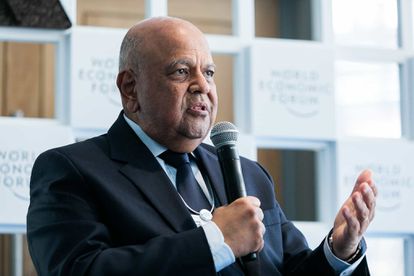 With speculating mounting that a cyber attack that led to the total shutdown of Transnet operations on Thursday is linked to the violent riots and looting that took place in KwaZulu-Natal (KZN) and Gauteng earlier this month, Public Enterprises Minister Pravin Gordhan has been called to set the record straight.

The Democratic Alliance (DA) said on Friday that the implication of Transnet being forced to shut down its critical logistical operations “cannot be understated”, with the parastatal still reeling from this months unrest and trying to ease a backlogs of shipments at some of the country’s largest ports.

Ghaleb Cachalia, the DA’s Shadow Minister of Public Enterprises, said in a statement on Friday that attempts by the opposition party to better understand exactly what ent wrong or what the fallout from the cyber attack will constitute were met with vague responses.

“Industry reports of a complete shutdown of Transnet operations on Thursday were met with an anodyne statement from Transnet,” he said, including the release from the state owned enterprise.

“Transnet is currently experiencing a problem with some of its IT applications”. We have had to shut them [the IT applications] down to identify the source of the problem.”

Trabsnet said that they have activated “business continuity plans” in order to contain any adverse impact on operations, and insisted that they are working to “reduce the downtimes to ensure that the systems are up and running again as soon as possible”.

Cachalia said that the incident that paralysed Transnet’s ability to operate on Thursday are of grave concern.

“The implications of this cyber attack on the logistical economic spine of the country cannot be underestimated nor ignored,” he said, adding that should this incident form part of a coordinated attempt to instigate unrest in South Africa, government must urgently step in.

“In the event of this attack being part of a sabotage plot by ANC factions within key SOEs, the implications are further compounded to levels affecting the very security of the state and its key economic operations.”

“Transnet and Minister Pravin Gordhan must immediately clarify the tenuous situation at Transnet. The economic fate of key logistics in the country are at stake here and the nation needs to be taken into confidence instead of the continued application old policies of command and control.”