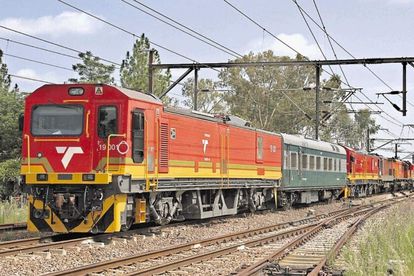 SIU spokesperson Kaizer Kganyago said in a statement that the unit believes that the funds are proceeds of unlawful activity and fall to be forfeited to the State.

“The SIU together with Transnet approached the Tribunal to freeze the accounts following an intensive investigation, as also supported by earlier interventions by the South African Reserve Bank (SARB) and the South African Revenue Service (SARS), which raised the suspicion that CRRC paid kickbacks disguised as Business Development Services Agreements (BDSAs) to entities linked to allegations of State Capture and/or allegations of maladministration and irregularities, allegedly to influence the direction of tenders at Transnet,” he said.

“ No evidence exists to suggest that the payments envisaged in the BDSAs were for service rendered and the said payments are linked to the award of contracts and payments made by Transnet.

It all started with blocking orders that were implemented by the SARB, whereafter SARS obtained a preservation order in the High Court, pending assessment of CRRC’s tax obligations and payments.

CRRC was awarded three contracts by Transnet to supply it with locomotives between 2011 and 2014 in respect of 95, 100 and 359 locomotives for a combined sum of approximately R25.4 billion. “Based on the findings in investigations conducted by Transnet and the SIU, the SIU and Transnet have also instituted a review application in the High Court of South Africa, Gauteng Local Division in Johannesburg, which is ongoing,” he said.

The preservation order interdicts, restrains and prohibits CRRC from dealing in any manner with the funds held by three banks, and also interdicts the banks from releasing the funds, except for potential authorised releases to the SARB, SARS and the SIU based on the execution of their respective mandates.

“The freezing order shall continue to operate in respect of any funds remaining in the accounts, after the SARB Blocking Orders and/or the SARS tax assessments have been discharged and deducted,” he said.

Fraud and corruption allegations may be reported via the following platforms: siu@whistleblowing.co.za / Hotline: 0800 037 774.